There is perhaps no other topic that is seemingly so important to you, our readers, than tires. We always see the biggest reaction to tire news and discussions across all our social media platforms and here on the site. Well, here then is more stuff about tires from Terrene Tires. They announced, officially, a new touring tire, dubbed the Honali, today. We have tested the Terrene Tire’s Elwood here and that is their gravel specific tire, but we know many of you are looking for a tire that does paved and unpaved surfaces with an eye toward toughness. That is pretty much the wheelhouse of this newest tire from Terrene. 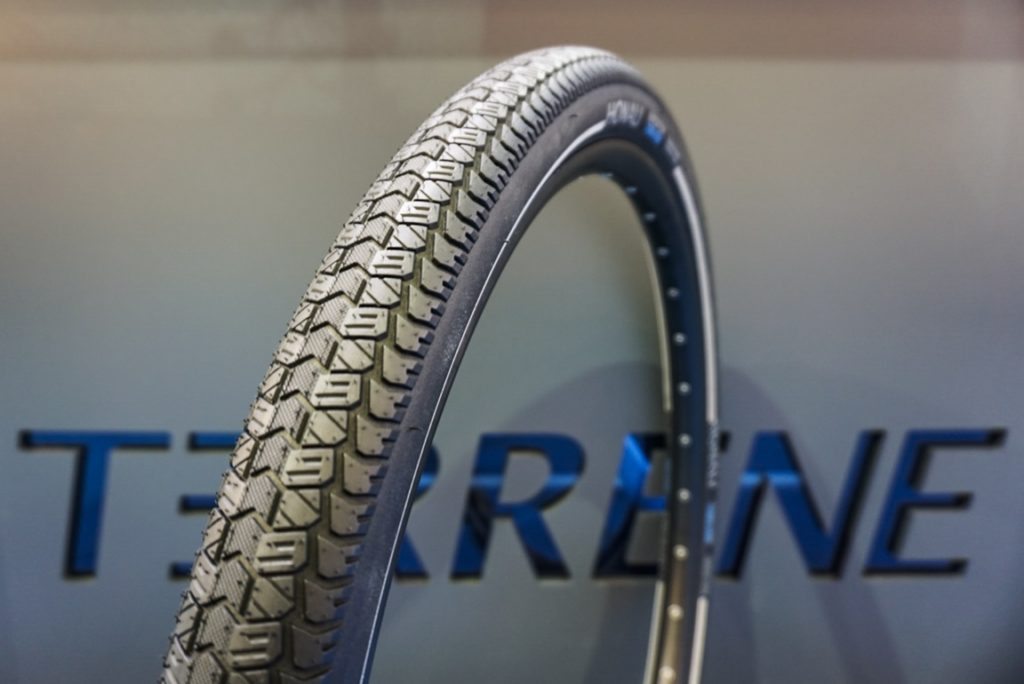 The Honali was developed after Terrene Tire’s principals were influenced when they noticed the uptick in dual sport motorcycle use and how folks were using them. “We took a lot of influence from dual sport motorcycle tires” said Tim Krueger, General Manager of Terrene. “People around the globe are rapidly changing how they are using two-wheeled vehicles, and we were seeing ADV motorcycles lead in this regard. Now, cyclists are using loaded touring bikes on much more than pavement.”

That influence can be readily seen in the Honali’s tread pattern which features a lot of different shapes and edges. Terrene says, “It is designed to be ridden long distances, across continents, and is rugged enough to do just that.” Terrene also claims that they were noticing some discontinued touring tires in other manufacturers lines. They feel confident that this new offering will be well accepted in the growing segment of touring since it fills a need that is seemingly being left behind by other companies. 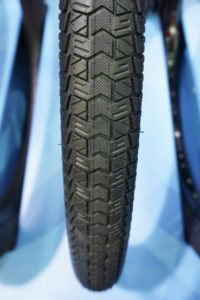 The Terrene Honali will come in a 40mm and 50mm width both in the 700c format.

In terms of riding gravel, the Honali may seem like an odd choice, but looking back on history, it really is not such a outlier for gravel travel. There were several riders using a very popular touring tire ten years ago for all sorts of gravel events and riding. The sore spot there was that those tires were tube designs, and running them tubeless was not easy and sometimes led to failures. The Honali solves that problem since it is designed from the start, as are all Terrene tires, to be tubeless ready.

There will be two variants of the Honali in two widths, both in the 700c format. One will be 40mm in width and the other will come in at 50mm. The casings will feature “Tekshield”  reinforcement  on the “Tough” versions and there will be an “Expedition” casing which will use a presumably tougher “Tekshield+” protective layer from bead to bead and will feature a “tread cap puncture protection”. MSRP is slated to be at $60.00 USD for all  sizes and casing types.

Terrene gave no information in their press release concerning weights or the thread counts on the versions of the Honali. Look for more on the Honali soon.

NOTE: Some of the information and all images used in this post were provided by Terrene Tires. The opinions of RidingGravel.com and Guitar Ted are not necessarily the views of Terrene Tires regarding the Honali tire.