You are here: Home > Grava Bikes Revenuer: On Test
By Guitar Ted on October 11, 2015 in Gravel Bikes, Gravel News, Reviews 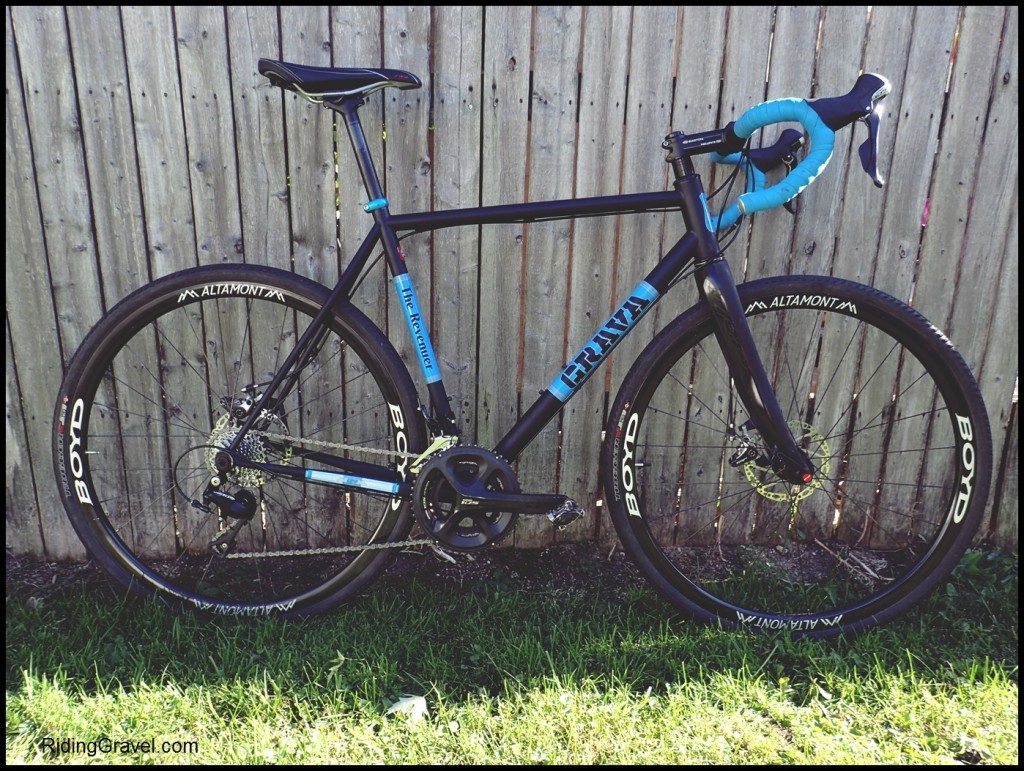 Grava Bikes Revenuer is a nice looking rig. We’re going to see how it rides.

Grava Bikes Revenuer: On Test– We have heard of the Revenuer and were curious about the bike after we got news about it. This new gravel/cross/road machine, which comes out of a small Western North Carolina city named Lenoir, is now in our hands for a review. The name, Revenuer, may be new to you. That’s explained by the area this bike was born in, which has a history steeped in that of the moonshiner. The bike draws its name from the agents the government dispatched to shut down those illegal distilleries. Since back roads and secret paths were the province of those moonshiners, it makes sense that maybe you would christen your new bicycle model made for all roads with such a name. You can see what Grava Bikes has to say about the Revenuer in our original posting on this bike here.

It might be a good idea to give you an idea of what Grava Bikes had in mind when it produced this model, and I feel the best description I’ve seen for it so far is one Grava Bikes left as a comment on that first post we had on the Revenuer which is linked above:

“We absolutely appreciate variety in bikes and know that The Revenuer is most definitely a performance oriented gravel bike. It was the lack of offerings of performance steel bike that led us to create it in the first place. A lot of companies limit steel to offerings in the touring or adventure categories only, but we cut our teeth racing on and off the road on steel frames back in the 80s and it was that kind of bike we want to make in a modern and updated form. In our local, Appalachian vernacular, we wanted to make a bike for “tear-assing” through the woods on!”

So, stick with us as we “tear-ass” through the woods and beyond on the Revenuer. I’ll be back with some details on the  features and comments on my initial impressions on the Revenuer in my “Getting Rolling” post coming soon.