The WTB Resolute tire was a bit of a surprise offering by WTB which was unintentionally “revealed” at the Dirty Kanza 200 back in early June. WTB made an “official” release of the tire not long afterward and we were given a set to check out at that time. See our “Getting Rolling” post for that. Here in this post you will learn how the Resolute has done in a wide variety of conditions and on a wide variety of surfaces. 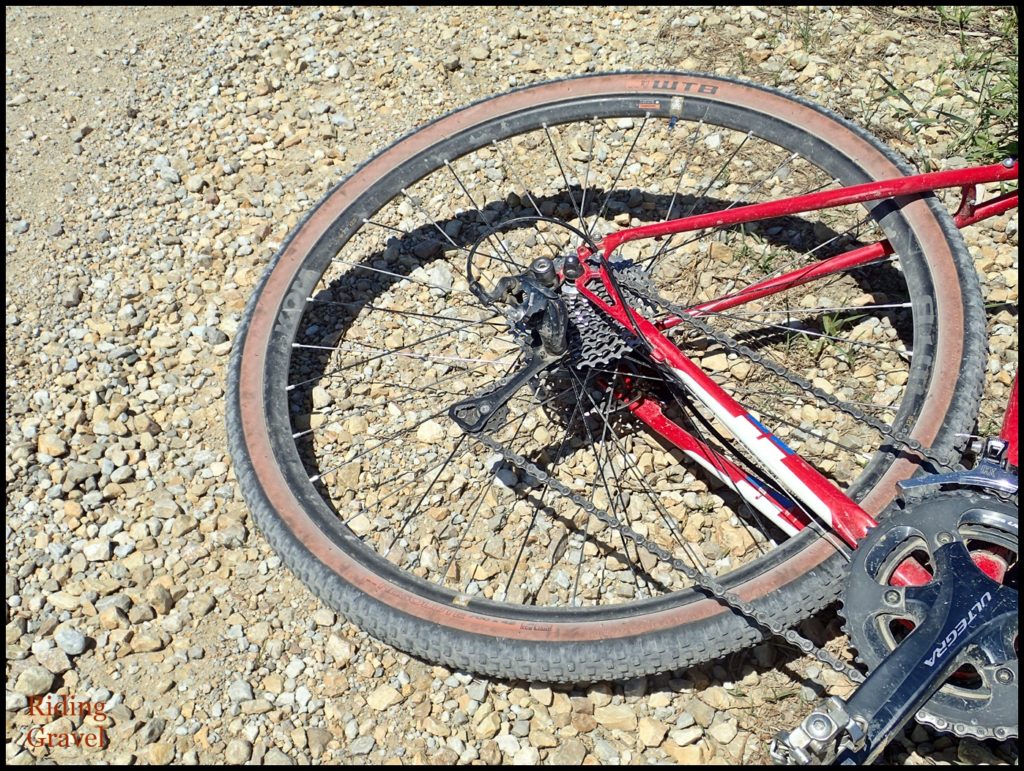 WTB claims this could be the “one” tire you mount up and tackle most anything you can encounter off pavement. This is a pretty heady claim. However; it is an appealing notion to many riders that do not want to mess with changing out tires, especially tubeless tires, for differing gravel conditions and events. In my initial rides, I sought out as many different types of roads and conditions that I could find. I managed to ride in rain, mud, sand, loose gravel, super smooth gravel, deteriorated gravel, and on pavement and on single track.  Here is how I found the Resolute to be in these conditions and on these surfaces. 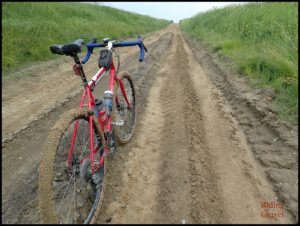 Eventually all bikes grind to a halt in the clay. The Resolute went further than I expected though.

My first ride happened right after a shower had moved through the area and while I was finishing up this ride I got caught in another downpour. The road I went to check out is a local dirt/sand road which features both clay and black earth soils, all in one mile. A perfect stew of conditions to try out the Resolute’s claims of mud resistance and mud shedding abilities.

The black earth section was first and I cleared the entire length of that. Pretty impressive. Then I hit the clay and, well…… That was all she wrote. I was obliged to walk about half a mile until I got to some solid ground where grass was growing and the tires could roll again without picking up more clay. I wasn’t surprised by that, and honestly, I would not ever ride in to a clay or black earth dirt road here when they are wet. However; testing means that I have to try!

The tires were packed up a fair amount and when I got to rolling again, they did shed mud rather impressively. In fact, within a 1/4 mile of gravel, I was hard pressed to see any mud in the tread blocks at all. This is unusual. So, in that claim, I think WTB has hit the mark. Of course, there are lots of different kinds of “mud”, so this may not hold true in every instance. I can also add that in wetter mud the Resolute didn’t even pick up any dirt, which is nice to see, but not all that unusual. 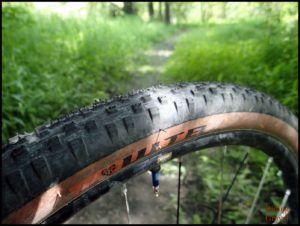 The Resolute was amazingly fast and grippy on dry to tacky dirt single track.

I then went to the opposite end of the spectrum and tried the Resolute on my “roll out” test, which is a big paved hill that runs out on to a gravel two track. I’ve tested other tires here and the Resolute is amongst the very best I have tried, as far as speed carried and distance covered. These tests occur in different weather conditions, so I can not say that the Resolute was the fastest, but only the Panaracer Gravel King SK 40 is in this tire’s same league as far as the testing went. These two tire models now being the fastest I have yet tested. This also seems to verify WTB’s claim that the Resolute has a good rolling, fast casing. It also is a very comfortable tire. By the way, I haven’t gone over 40 psi with these yet. The front being run into the upper 30’s psi most of the time.

Then it was on to find out how the Resolute might do on single track. I have tested the Maxxis Ravager on single track before and it was a very good tire there. Would the Resolute be similar? In fact, it was. I would only say that I would hesitate to be as aggressive in corners with the Resolute as I was with the Ravager, but this tire is excellent on dry to tacky dirt. There is something about being able to rip your local single track twisties with a sub two inch tire. It doesn’t turn your all road/gravel rig into a mountain bike, but you get to do a lot more than you can with a road racing style bike with skinnier tires. Go ahead and take that dirt ribbon on the way home through the woods. I think you will find that the Resolute is up to doing that as well. 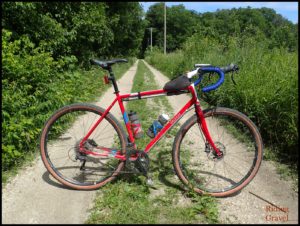 The fast rolling Resolute is excellent on less aggressive gravel like this.

Speaking of commuting, I spent time doing that on the Resolute also. The Resolute has a different sort of noise on pavement than I’ve heard from other tires in this class, but surprisingly enough, it isn’t rumbly feeling or slow. In fact, unlike the aforementioned Ravager, which was clearly slower on hard surfaces, the Resolute seems unaffected by paved roads. It still rolls really nicely, considering its size and weight. I attributed this to the lower knob height and to how those knobs are supported on the casing. The Resolute similarly is fast rolling and comfortable on deteriorated gravel, smoother gravel, and smooth dirt roads.

On our typical  gravel here the WTB Resolute did quite nicely. I noted a smaller amount of lateral movement with this tire than I did with the Gravel King SK 40’s. The Resolute seems to float over the chunky gravel a bit better, and I’m going to give the Resolute the tip of the hat when it comes to comfort here as well. It just was a bit nicer riding, calmer tire than a Gravel King SK. I would attribute this to the Gravel King having a puncture protection belt under the tread, which always stiffens up a tire.

So, then is it the “do-it-all” tire that WTB claims it is?

The boxes are all ticking off to that conclusion here. However; let’s keep in mind that the samples I am running are measuring out at 44.8mm in width. That’s a full 2mm+ over the claimed size, and it likely precludes this tire being of any use to many gravel riders. It simply will not fit in many frames at this size. Granted, I am running these on i25 rims, (internal rim width of 25mm) and WTB designed this tire to be on i23 rims, but still….. That Resolute size is a bit big for many folks. It even surpasses the width I got with a Gravel King 40Sk by a little bit on the same rims.

So Far……. The Resolute sports a big casing. Maybe it is too big? The unique tread pattern claims to be fast rolling, have great traction, and decent mud shedding qualities. So far, this has proven out to be true. The reddish/tan colored sidewalls are not everyone’s jam but they do class up a bike well. Tubeless set up is normal and with WTB TCS rims, very stable and predictable. Stay tuned for the “At The Finish” update coming in a couple of weeks. In this upcoming post I will draw a comparison to WTB’s other big gravel tire, the Riddler 45.

NOTE: WTB sent over the Resolute tires at no charge for test/review. We were not bribed nor paid for this review and we will strive to give our honest thoughts and opinions throughout.