The Industry Nine Ultralite 235 CX TRA wheels have seen a fair amount of gravel now. That’s where these wheels were designed to live, so let’s see what I have been thinking so far about these orange beauties. First though, I think it also would be fair to add in a bit of commentary about what, if anything, was different between these wheels and the stock wheels spec’ed on the Jamis Renegade Elite, which is also on test here. If you missed the tech intro to these I-9 wheels, you can check that out HERE. 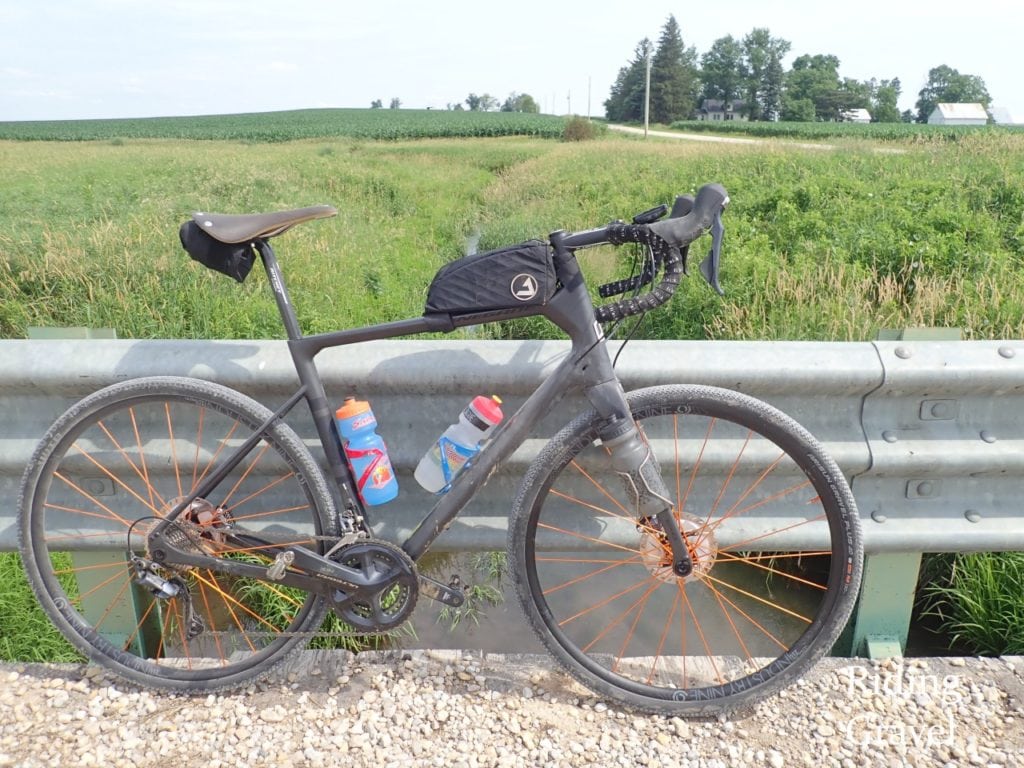 Cruising the gravel out in the countryside of Iowa

Impressions On The Upgrade: While you might want to get into a pair of Industry Nine wheels just because they look so good, you probably would also hope that they actually would be an upgrade. I covered the weight, the tubeless performance, and the specifics on the quick engagement hub in my opening post. So, beyond those things, how do they ride compared to the stock wheels on the Renegade Elite? Those stock wheels weren’t slouches either. They are American Classic hoops which were considered to be upgrade aftermarket wheels themselves. So, I thought comparing the wheels here would be relevant to readers of this review because if the I-9 wheels didn’t make much of a difference over stock wheels, and especially really nice stock wheels, why bother? 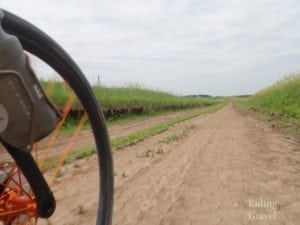 The wider internal rim width on the Ultralite 235 CX TRA wheels makes your tires more adept at getting over the rough stuff.

What I noticed was that the American Classic wheels had a narrower internal rim width. This means tires tend to “crown” more, or have an arched profile. That’s great for cornering on hard surfaces and for a narrow contact patch. In my opinion, that is all wrong for gravel. Looser surfaces are ridden over better when the tire can plane over the top of the marbley surface and not “plow” into it. A wider internal rim width helps with that issue. The American Classic wheels tended to have this “plowing” issue in concert with the stock 36mm Clement MSO’s. Additionally, those wheels had a really flexy nature when hitting rougher gravel. I could see the wheel wobble side-to-side in the deeper gravel. The Industry Nine Ultralite 235 CX TRA wheels solved these issues. The rims on the Ultralite CX 235 TRA wheels were significantly wider. The construction of the “chassis” of the I-9 wheels also was stiffer, both in terms of accelerations and laterally.  So, weight and good looks aside, the Industry Nine wheels made the Jamis ride even better.

Ride Performance: There you go, these wheels are an upgrade and they do very well on gravel with a tubeless set up. I noted a very slight amount of lateral flex, but considering the lightweight of the wheel set, I was satisfied with how stiff they actually are. Hub engagement is very quick, and I was able to pick my way through rutted out dirt roads and sandier areas with greater ease since the hubs responded to my pedaling inputs so quickly.

And yes, those Industry Nine hubs are loud while coasting. You’ll either love that or be turned off by that, but I didn’t mind it. Out on the gravel, the constant wind and noise of gravel under the tires tends to mute the hub noise. I get it though, that sound isn’t for everyone. Maybe it could be more motivation for constant pedaling? There was no denying the direct feel of the wheels though. From pedal input to making corrective changes to my line, I felt that these wheels were stiff enough and went where I pointed the bike with no bad feelings or sensations. Cornering was great, both on gravel and pavement. Only the tires I was running held me back in any way. 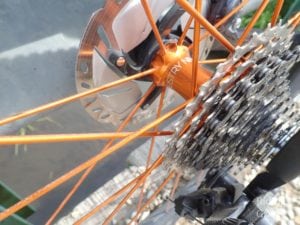 That quick engaging hub, stiff spoke structure, and sturdy rim connection to the spokes makes for a great feeling wheel.

So Far…. These are stunningly beautiful works of machining and anodization. The good news is that they seem to also perform as well as they look. Through the initial test rides to longer gravel rides, these wheels show that they are stiff enough and act normally. The wider rim profile makes your tires set up to be rollers of gravel instead of a plow. Now throw in the good looks and lighter weight and you have a unique, capable set of wheels that enhance the performance of any gravel bike.

I missed out on that 100 mile Nebraska ride I mentioned in my last post on these wheels due to a mechanical with my vehicle, so I will try to make that up before I give my final verdict in my “At  The Finish” post coming in a few weeks.