All-Weather Design for the Gravel Market:
The RidingGravel.com site is one of my several gigs in life and many of you readers only know me from here. However; I also am a race director of a little gravel road event called  Trans Iowa.  That is all well and good, you may think to yourself, “…but what in the world does that have to do with WTB introducing a new gravel road tire?”

Actually, Trans Iowa was the “petri dish” where the cells that morphed in to the new WTB Resolute were cultured. Let me explain….. 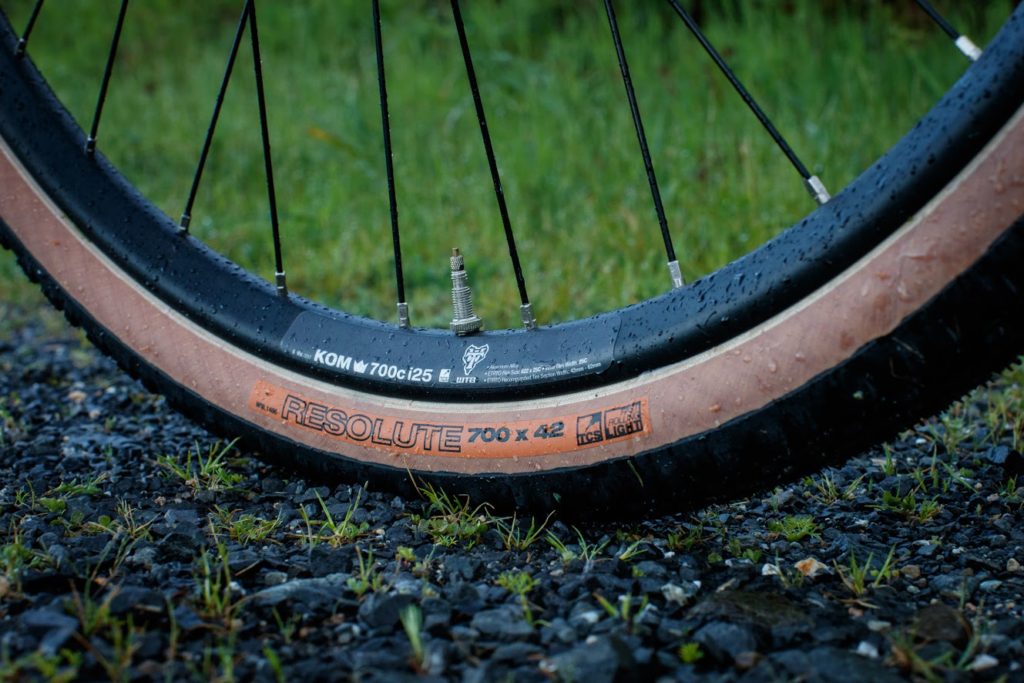 The new WTB Resolute was designed as an all weather tire. Image by A Kingman

One of the many fine people behind the brand at WTB is a man by the name of Will Ritchie. Will was determined to try out Trans Iowa. He first came out to give the long distance event that takes place across two days a try in 2016. While Will was preparing for the event, he thought a lot about what a tire for gravel roads might look like. Will described his thought process as follows: ” A year and a few months ago, I was wondering over setup for TI and I was pecking around trying to figure things out and was kind of haunted by the story of the year where nobody finished with the huge storm…. Anyway, I didn’t know if it would rain or not, what the course would be, where it would go, the uncertainty of all of it, the enormity of it. It made me think that there needs to be a tire that can do it all.” 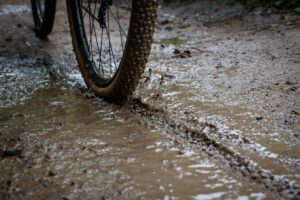 The Resolute was a tire designed to be an “all arounder”. Image by A Kingman

So here is the result of all that “thinkering“, research, and design work. The WTB Resolute in 650B X 42mm and 700c X 42mm, both with tan sidewalls. This tire is a design that was intended to handle all sorts of conditions- mud, dry gravel, and dirt roads- yet not be a heavy tire that was slow on harder surfaces. A tall order, and one that was scoffed at by some at WTB as being unrealistic. However; they kept chipping away at the idea, and they came up with this new design.

Of course, we have some technical aspects to share with the press release we received. Again- The Resolute is only being offered in two sizes now. The 650 X 42mm size is, as you may have noticed, a bit slimmer than the “Road Plus” tires WTB offers. Those of you with bikes that don’t quite clear 47mm tires might be interested in this all-arounder which should fit more bikes than the Byway or Horizon 650B tires. The 700c width will be 42mm. That’s about par for the course regarding gravel tires and the competition’s offerings. Here are the rest of the specs… 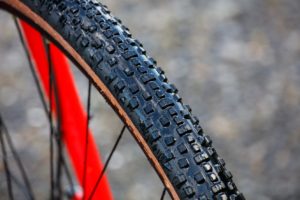 The square-ish blocks of the Resolute were specifically designed to help shed mud but still roll fast on hard packed surfaces. Image by A Kingman

The tread pattern was where WTB really went to work regarding the Resolute. It had to roll fast. The center row of knobs is arranged in a “1-2,1-2” pattern to assist with this, yet allow for the Resolute to bite into softer terrain. The subsequent rows of side knobs get spaced further apart, to aid in mud shedding, and the side knobs are buttressed with extra rubber at their base to aid in cornering and to not squirm. This also helps guard against abrasions from rocks on rougher roads.

Of course,WTB’s excellent tubeless ready design is employed here. The tires were also designed to fit on wider rims. Specifically, WTB designed the Resolute to work best on an inner rim width of 23mm. That is quite a departure from what we have seen in the past, but it reflects the trend toward going wider on inner rim widths across most cycling disciplines.

One of the definitions I found for “resolute” used the following terms:” admirably purposeful, determined, and unwavering.” Does this tire measure up to those descriptions? RidingGravel.com will be finding out, as we should be receiving our own set of the 700c X 42mm Resolute tires here anytime now.  The “set it and forget it” Resolute will be tested across a wide range of conditions, just like we try to do with most tire reviews here. Stay tuned for our “Getting Rolling” post coming soon.

NOTE: Images and information for this post were provided by WTB.