The Trans Iowa race is a brutal test of endurance of both rider and equipment. It also is one of the longest running gravel road based events in the nation. Now having completed its twelfth running. WTB has sponsored the event in the past and has chosen the event to make the US debut of its newest gravel/adventure tire, the 45mm and 37mm versions of its Riddler mountain bike tire. 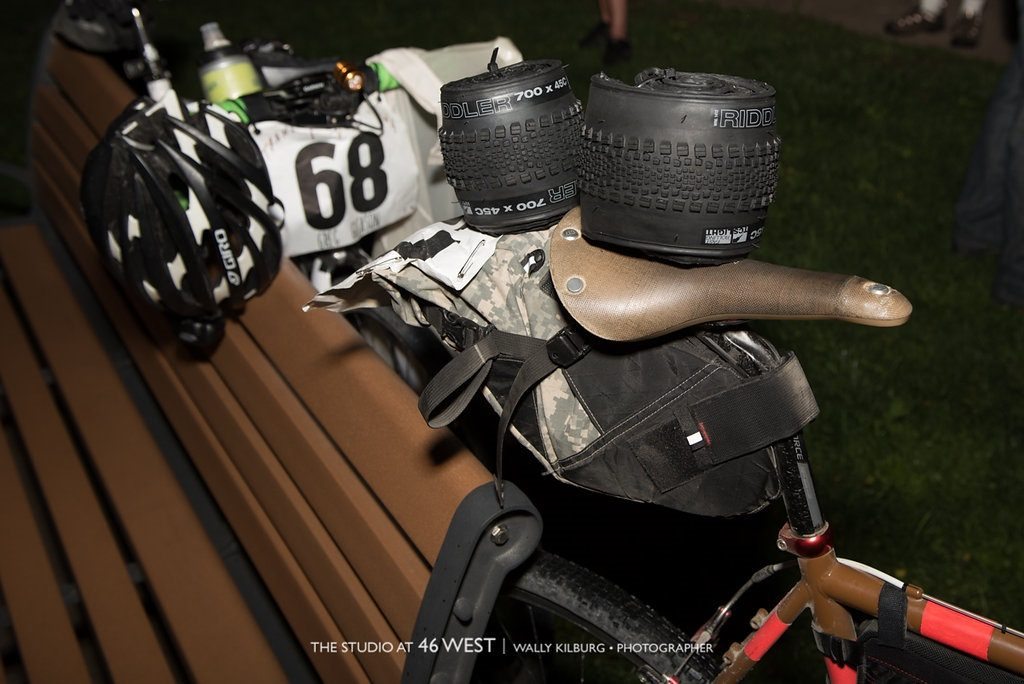 The 45mm Riddler should appeal to those who have bicycles with wider clearances, like many 29″er drop bar bicycles have, who want a speedier yet grippy tire that can do a wide range of surfaces from paved, gravel, and packed dirt. The 37mm version should appeal to those who are looking for a fast, yet voluminous tire which will retain speed and give the rider control and comfort over rough gravel in long distance applications. Both will have TCS tubeless capability for a tubeless set up which we have found to be a pretty easy and reliable way to go tubeless on gravel bikes. 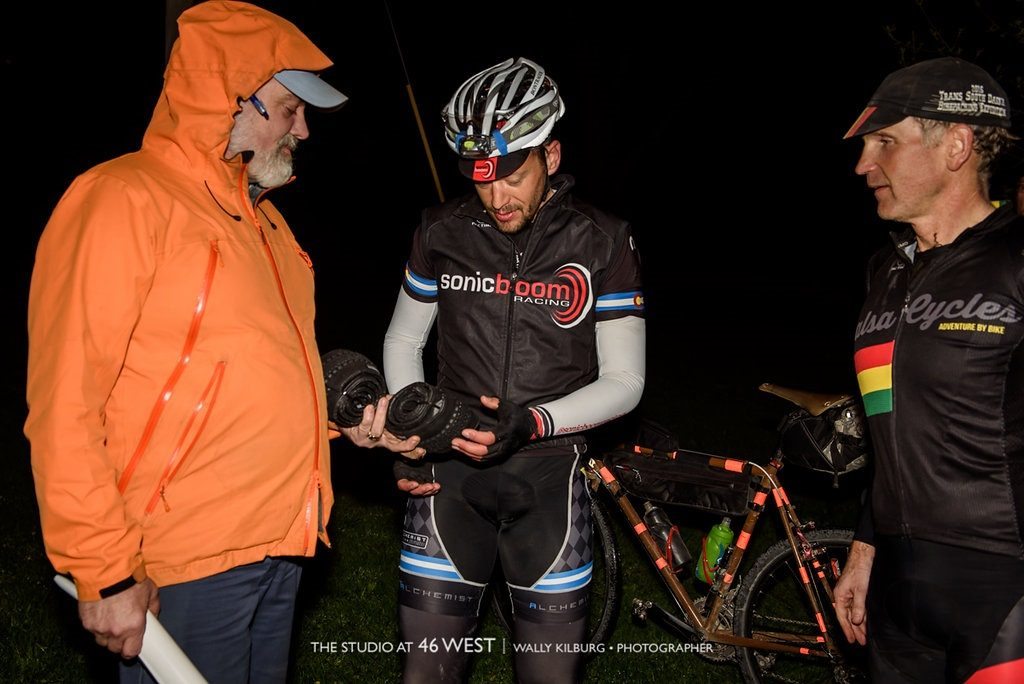 Guitar Ted (L) hands off one of two Riddler tire sets in the US to co-winner of T.I.v12, Walter Zitz while co-winner Greg Gleason looks on. Image by Wally Kilburg

WTB provided two sets of the Riddlers, one each in 45mm and 37mm sizes, for the overall Men and Women winners of the T.I.v12 race. Sarah Cooper was the recipient of the 37mm tires while co-winner Greg Gleason insisted that his partner in the win, Walter Zitz, get the tires for his efforts. (NOTE: WTB has promised Greg the next available set, so he won’t go empty handed- Editor) Ridinggravel.com should also be getting a set of these tires to test on the site as well. Availability on these is to be mid-Summer 2016. Prices are the same for either size at US $54.95 each.