<Back to Podcast Home |

Erik de Brun is one of the co-owners of Redshift Sports. He took some time while at Sea Otter to chat with Ben about Redshift as a company, the products, his background, pole vaulting, and more.

Prior to founding Redshift Sports, we managed (and still manage) Ripple Design LLC, an engineering consulting and product design firm in Philadelphia.  Ripple Design works on a wide range of products, from medical devices to large-scale landmine clearance equipment.  We drew on this extensive design, prototyping and manufacturing experience to bring our first product – the Switch Aero System – to market.

In June 2013, we launched the Switch Aero System on Kickstarter, a crowd-funding platform that lets independent backers jump-start small businesses and projects.  The response was overwhelming – people loved the idea of maximizing the versatility of their existing road bikes.  We raised 2.5 times our original funding goal, which allowed us to bring the system to market.  We can’t thank our Kickstarter backers enough – none of this would have been possible without their support!  You can check out the original Kickstarter video below – the system has evolved a lot since those first prototype units!

In late 2015, we launched our second product – the ShockStop – on Kickstarter. The response was again fantastic and with our backers help we were able to bring the ShockStop to market in 2016.”

If you have any questions, comments, or have an idea for an episode, please feel free to contact us anytime.

LISTEN TO THE EPISODE: 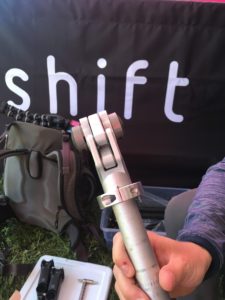 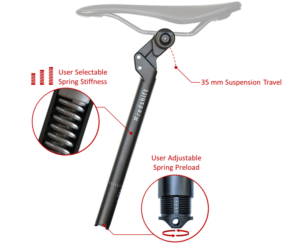 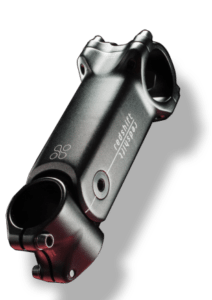 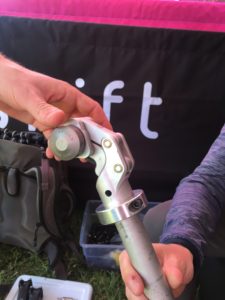 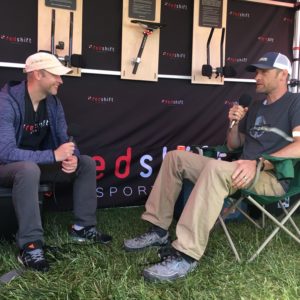 Erik and Ben recording on location at Sea Otter