You are here: Home > Terrene Tires Honali 50mm: At The Finish
By Guitar Ted on July 16, 2017 in Components, Gravel News, Reviews, Tires

Terrene Tires Honali 50mm: At The Finish- by Guitar Ted

The Terrene Honali tire has been tested thoroughly in two different states on all sorts of surfaces. The final part of this test involved using the tire as a commuting tire and on a longer ride with mixed terrain of gravel, dirt, and sand. When we heard about this tire, Terrene described the tread as being derived from “dual sport” motorcycle designs, and as I rode this tire I often thought about how the Honali really is an all around specialist tire. But before I get to that, here are my thoughts about the Honali and the final stage of the testing. 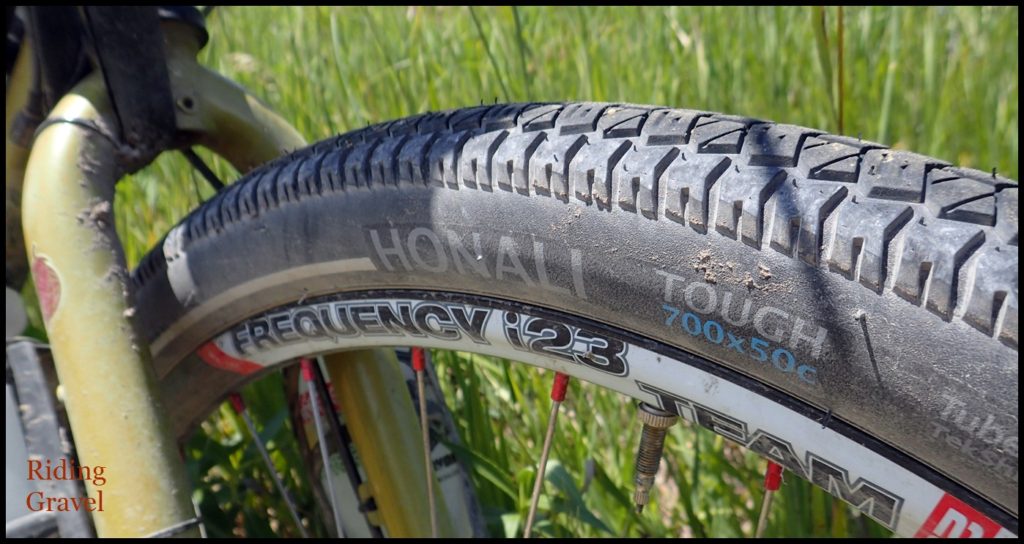 The Honali is ready to take you on whatever road adventure you have in mind.

The last stage of testing included lots of broken pavement, deeper gravel, and many miles of dirt road. Happily, the Tough Casing did not disappoint and there were no flats or leakage issues throughout the test. All that despite sharp flint, bits of glass, metal shards, or whatever the environment I rode in could throw at these tires. Wear of the tread is nominal, and I saw nothing unusual that would cause me to think that this tire would wear prematurely. Again, tubeless performance was very good. 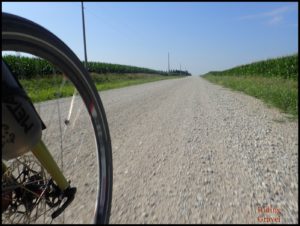 The 50mm width of the Honali really makes a difference here.

The last stage of testing also saw a lot of miles of looser, freshly laid gravel. The 50mm width of the Honali was greatly appreciated during this stage. I reported in my Checkpoint update on this tire that the Honali has a bit of lateral instability in looser, deep gravel and I still hold to that claim. The Honali is a rounded casing tire and will “plow” a bit through looser gravel so that you have to herd the front end a bit. You can also expect the back end of your bicycle to step out a bit as well. That said, the 50mm width of the tire is making these traits a lot less frequent and noticeable than it would have been had the Honali been narrower.

The Honali also got a taste of dirt roads and on these types of surfaces the Honali really shines. That tread pattern gets a bite and, as long as the dirt is dry, the Honali climbs, turns, and brakes very nicely for a smoother, rounded tire. Besides loose or muddy dirt, I would trust the Honali to navigate any dirt road you come across.

One place I was a bit surprised by the Honali was in some looser sand that I found on a dirt road. It was dry, and the area had been churned up by agricultural equipment. So, the sand was looser and deep. While the tires wanted to step out a bit, I was able to gear down and motor through this. I can not think of any good reason that the Honali powered me through that other than the aforementioned 50mm width that it has. The modicum of flotation I had was enough, apparently. 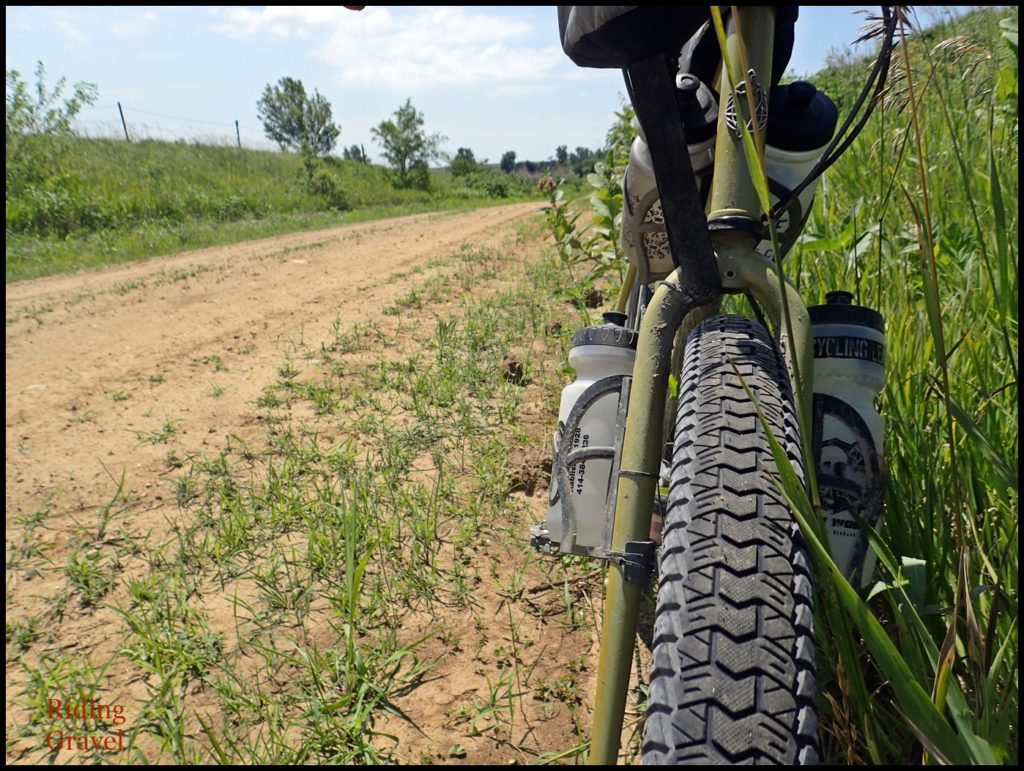 The Honali’s tread pattern is tailor made for hard packed dirt roads like these.

At The Finish: This review of a touring tire had a goal of finding out if the Honali was a capable gravel road tire, or if it was really best suited to pavement. The results show that yes- The Honali is a capable gravel road tire, not the very best tire for that, but a very good one. The 50mm width does a trick on looser terrain like fresh gravel and in a surprise, sand. I still would not think the Honali is best suited to a constant diet of loose terrain, but if you find yourself in a pinch, the Honali can pull you through.

This tire also appears to live up to its “Tough” casing name as I banged it into pot holes and curbs, subjected it to glass bits and sharp objects alongside the road, and also some of the most feared gravel in the World in Kansas’ Flint Hills. Tubeless set up is top notch as well. This is only after a few months, but the tread seems to be wearing well. A long term usage may turn up some faults, but for now, it is hard to find any negatives with the Honali.

Going back to that thought about the dual sport motorcycle influenced tread design, I think that aptly paints a good picture of how this tire can be used. Go off road, and you get decent grip in drier conditions. Packed in dirt roads are a blast with this tire and you can climb really steep, rutted out roads with no issues with the Honali. Go toward the pavement and roll on the harder surfaces all you’d like. The Honali rolls fast and relatively resistance free. It really is an all arounder.

5 Responses to Terrene Tires Honali 50mm: At The Finish