Editor’s Note: This is the last pedal in the Round-Up series which Grannygear is producing for Riding Gravel. For Grannygear’s intro to the Look X-Trac, click HERE. There will be a final word on the Round-Up to come. Now let’s see how the last contender did and what Grannygear has to say about it.

A pedal really should be a simple deal. If you have to think too much about them as you ride then there is a problem somewhere. And so it has been with the X-Tracks. I have been on them for multiple rides and they have been excellent in their transparency of use…they pretty much disappear and let you ride the bike. 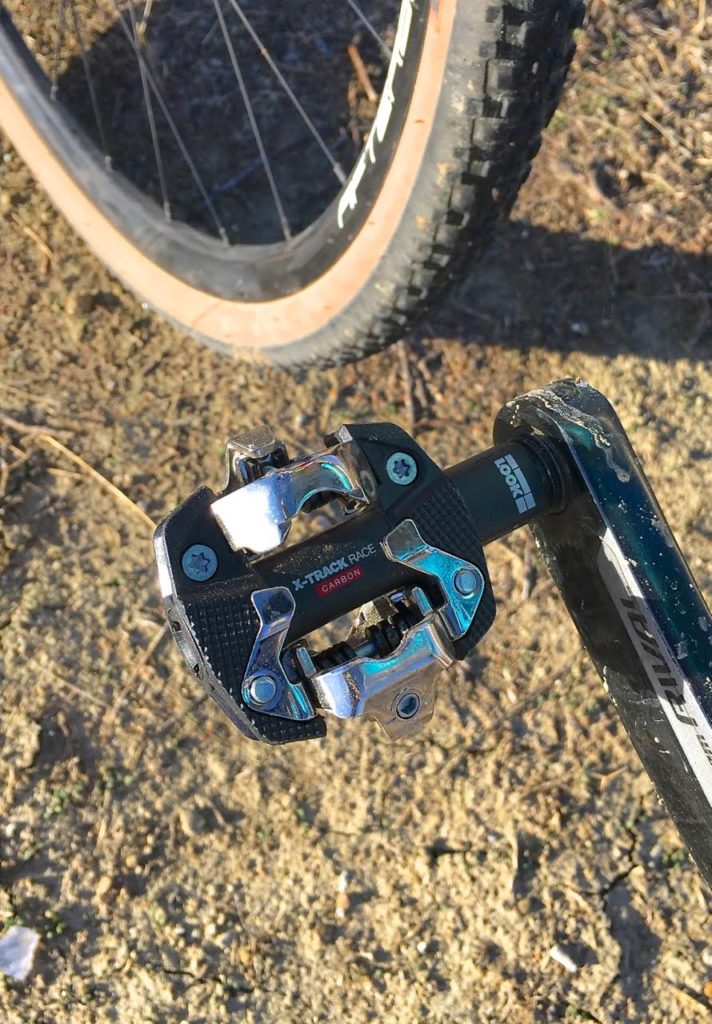 I left the release tension as it was out of the box which was pretty much in the middle of the range. That seemed to be about right to me. Entry and release has been easy and consistent, perhaps…PERHAPS…even more so than a Shimano SPD but then none of my SPDs are brand new and shiny either. There is beginning to be the slightest bit of wear to the finish of the pedal where the stainless wear guard meets the cleat. Other than that, they look fine. 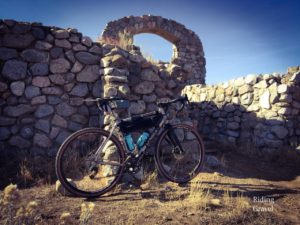 The Look X-Trac pedals can get you here- if Grannygear will show you where it is!

As far as the claimed “power to weight ratio” of the pedal? I have no idea. I mean, I cannot quantify that in any meaningful way…no numbers can I produce to back that up. But I will say this. I do notice that when I stand and pedal, like on a slow climb, my foot is more stable on the Look X-Tracks. By stable I mean to say that the foot does not want to rock side to side, rolling under my ankle as I go through the motions of the pedal stroke. Is that more powerful? Dunno. But I like it. And that impression is staying with me pretty much anytime I ride them. I notice it and I notice it for the better. Interesting, that.

Look claims SPD compatibility as far as cross pollinating cleats and pedals between the two brands. I took a pair of MTB shoes with the typical single release SPD cleats mounted on them and clipped in and out of the X-Tracks with ease. Very good. It might have been a tiny bit sloppier, but really it was fine, and the cleats on those shoes are way past ‘fresh’. Conversely, I took the X-Track cleats and clipped in and out of a Shimano SPD pedal with no issues at all. So that seems to back up Look’s claims. 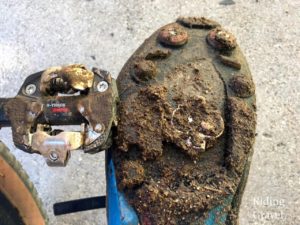 Is this a try-out for the “Dirty Jobs” show? No….it’s just Grannygear doing our dirty work.

I sullied the bottom of my right shoe over and again in a home made mud puddle in the front yard and clipped in and out. If I was really packed up around the cleat I could get some resistance to entry, but I could most always make it work with some effort. If I took even a moment to pop my shoe against the pedal to clear them a bit then entry was consistent and exit the same. Quite good overall. For mud use I would give them a solid “B” rating with the Time ATAC being an “A grade” and the Ritchey’s barely a “C grade” (being generous).

I have not had any of these in use long enough or in tough enough conditions to see how they will do long term and it has been the driest winter in So Cal that I can remember. It was 80 degrees today. But they still spin just as they did new and they look pretty unsullied.

I think I will keep them on the bike. I am enjoying the wider contact zone under my shoes, even ones as stiff as these chi-chi Shimano racing shoes. What I notice is not so much less flex in the sole of the shoe…I think I could pedal resting upon a railroad spike with these shoes and not feel flex…but rather the more stable foot placement especially when standing and rocking the bike around. I like it. I also really appreciate the fact that they work well with a Shimano SPD cleat, so that means I can run one of my other shoes, or borrow a pair of shoes if I forget mine. And it means I do not have to commit completely to running one brand of pedal/cleat across my bikes like I would be required to do with the Time system.

The X-Tracks are treating me well and to get me off of an SPD pedal, well then that is something else again.

Note: The LOOK X-Track pedals were sent to Grannygear for test and review on RidingGravel.com at no charge. We are not being paid nor bribed for this review and we will strive to give our honest thoughts and opinions throughout.