You are here: Home > Donnelly MSO 650B X 50mm Tires: Checkpoint
By Guitar Ted on November 25, 2018 in Components, Reviews, Tires
Donnelly MSO 650B X 50mm Tires: Checkpoint- by Grannygear
Editor’s Note: Grannygear’s “Getting Rolling” introduction to the 650B X 50mm MSO tires can be found by clicking HERE.
My first ride on the MSOs was in the higher elevations of a mountain town south of Los Angeles.  The single tracks up here beckon to MTB riders and I have spent many a blissful hour on my full suspension mountain bike winding my way up and down those sinuous paths.  But there are also many more miles of open jeep road here, most of it a bit on the rocky and sandy side, and many of them see enough vehicle traffic to keep them quite beaten up. 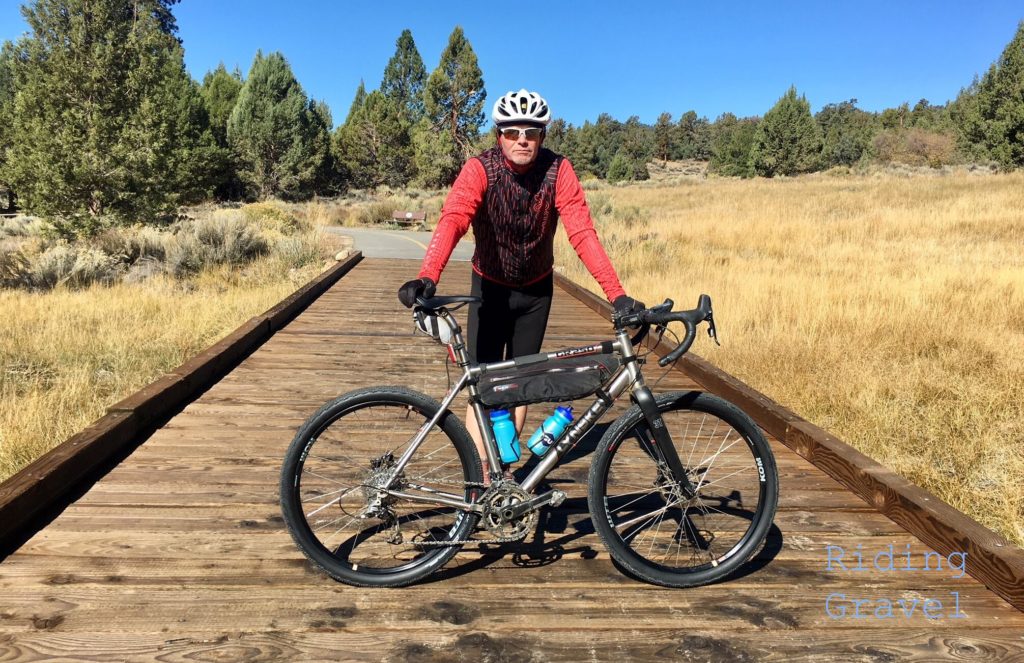 You can ride these on a mountain bike of course, but I have often thought that a gravel bike could be very good here as well, since many of the roads connect with paved roads and highways.  The things is, the terrain is pretty chunky for a gravel bike, so while you certainly can ride them on a 40mm+ 700c tire and be fine, I had always thought that if there is anywhere that a 27.5” tire in a 2.0”/2.1” size would be really good, it would be places like this. 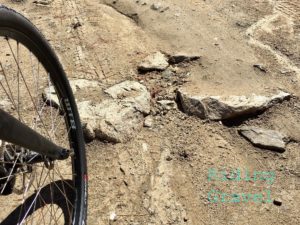 Some chunkier, embedded rocks to challenge the Donnelly 650B X 50mm MSO with.

I laid out a suitable mountain loop and geared up.  As I rolled out of my driveway on the MSOs, I immediately noticed the extra weight in the wheels as I stood up to pedal.  OK.  Not the best. But as I got up to speed I also noticed how smoothly they rolled…ghost-like.  No vibration, no ‘rrrrrr’ sound…just smooth.  Well that is nice.  The ride was a 20 mile loop that was half dirt, half paved.  The paved section was really quite nice on the MSOs.  Yes, accelerating on them felt a bit like getting a light mountain bike up to speed, but they rolled really, really well, so it was actually very nice going.

Once in the dirt, the weight was just not really noticed as I hit my low gear and churned along.  Flotation over the sandy, decomposed granite was much appreciated.  Compared to a 42mm 700c tire, this is a step up in staying on top of loose soils.  But when we hit the chunk, that was when they just came alive.  This jeep road is littered with exposed rocks, anchored in the hard clay.  And in other places, sharp edged, broken, hens egg sized rocks are the norm.  On my 42X700C WTB Resolutes, I could ride this, but I would have to be pretty careful.  With the MSOs it was just fun and almost casual in the line I could take.
I could feel the MSOs shrugging off the broken rock fields with very little deflection.  It feels like a tough tire in that way, if you get my meaning.  After I finished the ride I could not even see any marks on the sidewalls.
That was a huge success and I could absolutely see using these full time up here, but how about back at home?  My next ride was back on the ‘flatlands’ of my home town.  If is part of that old Ghost Road I wrote about a while back and is something I ride very often.  By now I had tuned into the MSOs and the weight had become normal.  I was still appreciating the smooth roll and the ride was a success, but I also could tell that despite the completely casual way I could treat potholes (big ones) and ruts, the rest of the time they were just ‘there’, but not doing that much for me. 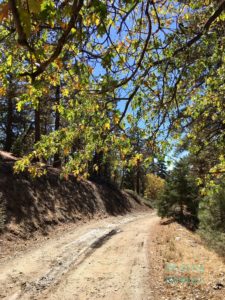 And that is something that I had expected to find.  How much I appreciated the MSOs depended on where I was riding them.  On the mountain jeep roads, they were stunning and fast enough on the road to live with them full time.  Down at home, they would still be what they were, but I did not need all that tire to begin with.

The next ride was another local route that I ride as an Individual Time Trial.  It begins on a steep, paved access road, flattens out, then turns to dirt, rolling and rutted but not terribly rough.  The MSOs just crushed the dirt return where gravity makes you go wheee!  And my overall time was only a bit off my fastest time, so overall speed was good.  I think I still have a KOM from that DH run on the MSOs.
The Wednesday night ‘Hooligan Ride’ was killer on the MSOs as the single tracks that run alongside our local bike paths were no match for the 50mm width and supple, rubber casing.
I was beginning to think “Could I run these full time?” and that was an interesting question to ponder.  Next post I will talk about my time on them riding the gravel and dirt roads of Santa Catalina Island, my swap back to 700c wheels and tires, and how I see this tire and this tire/wheel size overall. Stay tuned for “At The Finish” coming soon……
Note: Donnelly sent over the 650B X 50mm MSO model tires for test and review at no charge to RidingGravel.com. We were not bribed nor paid for this review and we will always strive to give our honest thoughts and opinions throughout.