The Summer has gone and Fall has us in full grip now, so we need to update you on the Michelin Power Gravel tires. Our contributor in this review, N.Y. Roll, and I are testing different sizes of this model. I have the 40’s while N.Y. Roll is testing the 35mm tires. If you missed our initial posting on the tires, please check out the “Getting Rolling” post here.

With a lot of miles under our belts on these tires, let’s dig in and see what our impressions are on these Michelin gravel tires. 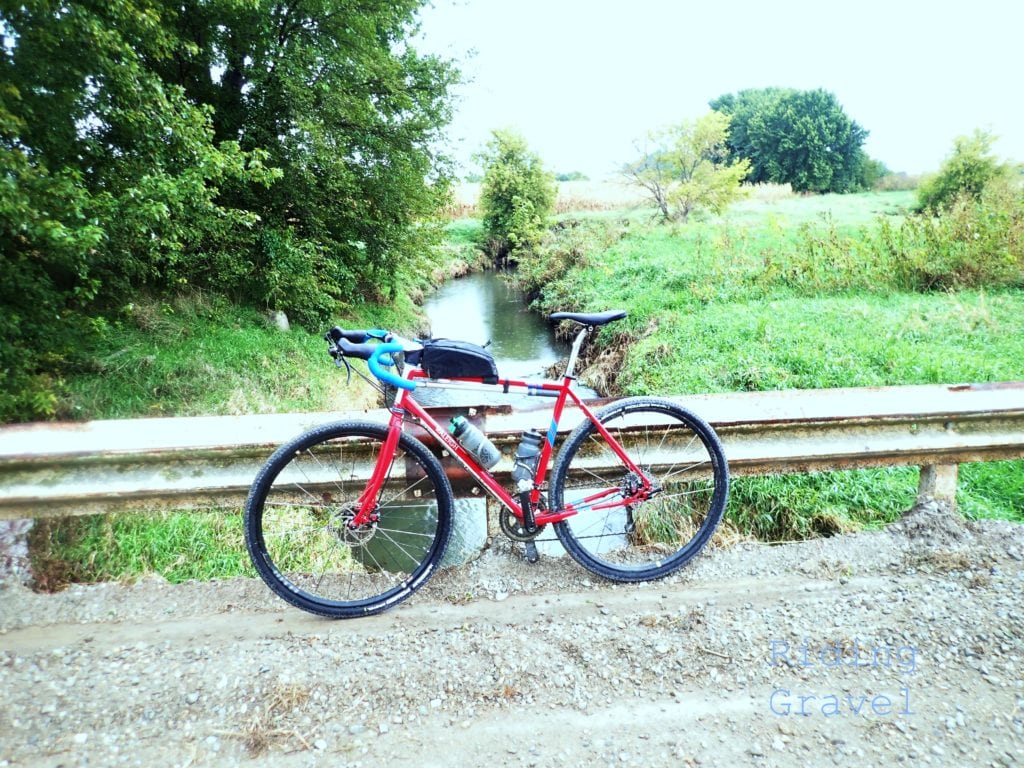 Ride Impressions: Gravel varies widely so we have tried the Power Gravel on as many types of gravel as we can find and on dirt, grass, and poor paved road surfaces. My experiences with the 40mm Power Gravel tires has been mostly positive. Typically I would do the roll down test I conduct with tires, but recent flooding has prevented that. I hope to bring the results of this test in the final update. That said, I found that the Power Gravel tires had a decent feel on pavement which was in contrast to the last set of tires I tested, the Kenda Flintridge Pros. The “Bead 2 Bead Protek” puncture protection belt doesn’t seem to hold the tire back as much as the puncture protection belt and carcass construction on the Kenda tire seems to. However; I did notice that I needed to run slightly lower pressures to get a good ride feel and better stability out of the Power Gravel tires, much like the Flintridge Pro in that regard. N.Y. Roll also found this to be true with the 35mm tires as well stating, ” I felt the tires bounce a lot more due to the bead to bead protection strip. I dropped PSI down to 35psi, and not much of a difference.” 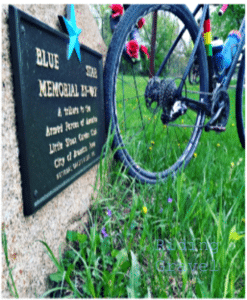 N.Y. Roll wasn’t as impressed by the loose gravel performance of the 35mm Power Gravel Tires as I was on the 40’s.

The Power Gravel seems to have a more rounded crown to it which led me to believe that in looser gravel it might prove to be a handful. However; on the 40mm versions this wasn’t the case. I’ve ridden better tires, but typically they are wider as well. For a tire that is barely over 42mm, it isn’t bad though. The 35mm versions were different, and N.Y. Roll wasn’t impressed by the tire on loose, chunky gravel. The 35mm version is a true 35mm tire, so this is probably why they weren’t working as well. This seems to be the case with any sub-38mm tire we’ve tested.

On the smoother dirt, gravel, and grassy sections, N.Y. Roll found the Power Gravel 35mm tire to be a fast, smoother rolling tire. N.Y. Roll stated, “The tire performed as I would expect on a dirt and grass surface. This is where it shines.” The 40mm version did a great job on the smoother gravel and dirt as well. I did notice that the small tread blocks would tend to pick up small bits of gravel and fling them from time to time. The only concern I would have here would be if the gravel was made up of sharper bits which could find there way through the casing. The Protek puncture protection belt would, hopefully, ward off any such intrusions, but as of now, we don’t know how that might play out.

Tubeless performance was spot on for my set up. (WTB KOM i25 rims) However; N.Y. Roll had issues getting the 35mm Power Gravel to set up correctly after a tire burp on his HED Ardennes+ front wheel. The bead wouldn’t go all the way up in one spot and this caused a consistent leakage point for the remainder of the test for him. N.Y. Roll even attempted to remount the tire several times with no luck. It may be that there was a slight incompatibility issue there, but we never really got to the bottom of that issue. Once again, the Power Gravel seems to be a more UST friendly tire, and those rims not adhering to that standard may prove to be somewhat temperamental in use. 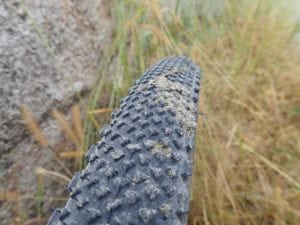 The Power Gravel seems to want to pick up small bits of stone and wetter dirt and mud.

On my rims the tires stayed inflated in a consistent manner comparable with most tubeless wheel set ups I have used. I haven’t noted anything unusual other than having to run a slightly lower pressure to get the sort of stability and ride feel I’m accustomed to.

So Far……. The Power Gravel tires seem to favor drier, smoother roads, dirt and gravel. Especially the 35mm width. The 40mm tire is more forgiving as a loose gravel tire. Both don’t strike us as a tire for mud or wetter dirt. Getting the tire to have stability and good ride feel means that you have to dump your tire pressure a bit. Otherwise it tends to feel too stiff and bouncy. Rim choice for setting up the Power Gravel tires is critical. We are finding the more a rim falls in line with UST standards, the better.

Next up will be the final review on these tires. Look for the “At The Finish” post in a couple of weeks or so.

NOTE- These tires were purchased by N.Y. Roll and Guitar Ted separately and neither of us were bribed nor paid for this review. We will strive to give our honest thoughts and opinions throughout.