Minneapolis, Minnesota: Frostbike is Quality Bicycle Products dealer only appreciation open house event, but over the years, it has taken on an “industry trade show” flavor. The event doesn’t really kick off until Friday, but QBP brand Foundry Cycles has decided to preempt the festivities with a little bit of a surprise- a metal framed bicycle dubbed the Overland. 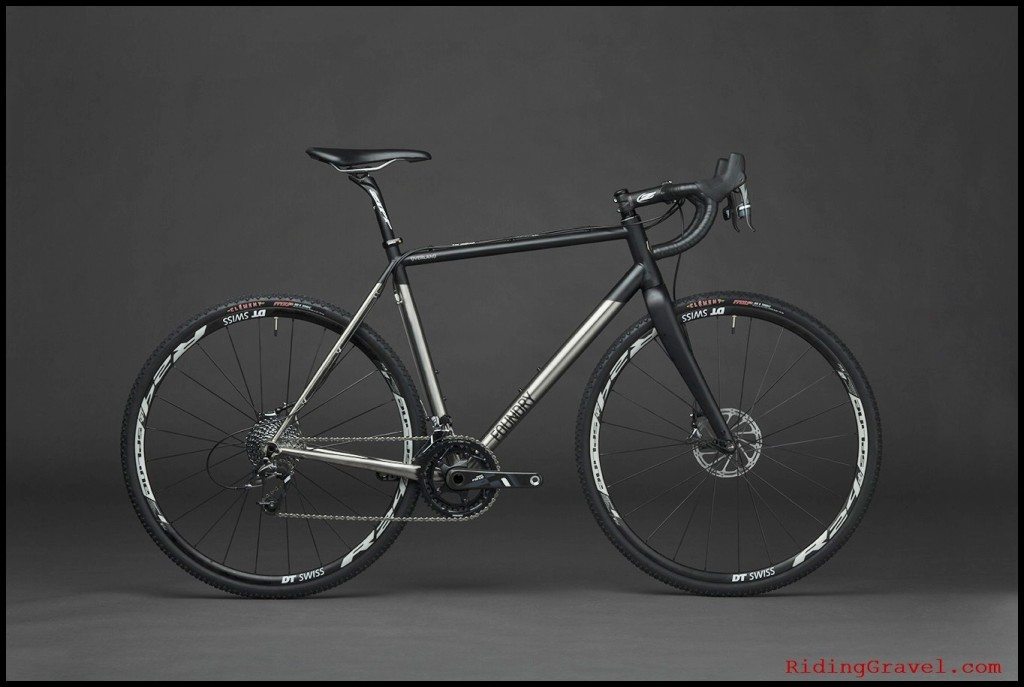 Foundry Cycles has heretofore been primarily known as a carbon fiber bicycle brand, however now they are “living up” to their metallic brand name and offering the Overland as a titanium framed bicycle with a carbon fiber fork. Featuring geometry that Foundry claims will carry its rider through early season gravel events, cyclo cross, and even some “ultra-cross events”, the Overland also strikes a bit of a different intention than previous Foundry offerings which were marketed as “specific tools” for the job and often featured names of tools as an underscoring point. 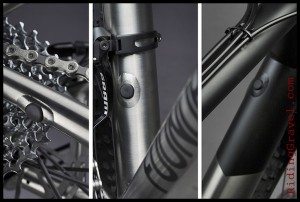 Details of the Overland all point to a bike that is thoroughly modern.

From the Foundry Cycles press release:

“The Overland was developed to be the only bike you need when it comes to gravel and cyclocross. We knew that in order for a bike to help you tackle the demands of a 6 hour gravel race or an hour long cross race it had to be responsive, compliant and stable,” explains Foundry Brand Manager Todd Schmidt. “We also believe in building bikes that will stand the test of time. For that reason, Ti was an obvious choice for the Overland. With Ti, it is recognized that you get a high strength-to-weight ratio, a near infinite fatigue life, and a very lively feel that no other bicycle materiel can match in ride quality.”

Details of the Overland’s geometry were not available in the press release we received ahead of today’s announcement, but we will be digging into this more in the coming days as we will be in Minneapolis covering the Frostbike show. However; we do know that the bike is spec’ed to clear up to 41mm tires, and will be offered as a frame set in limited quantities and as a complete featuring a SRAM Force 22 Hydraulic group. Retail pricing has been set at $2495.00USD for the frame set and $4695.00USD for the complete. The bike is “future-proofed” with ports for electronic shifting groups and with the use of disc brakes and through axle “drop outs”. (They need to come up with a different name for the axle attachment points since they are not really “drop outs” any longer.) 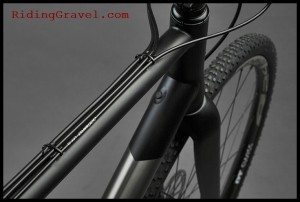 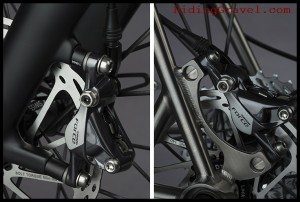 Foundry Cycles also has debuted a new marketing strategy and calls it “Racing Matters”.  Saying that, “We’ve made it our goal to change the way people think about racing.”, we can expect to see more coming from this QBP brand in the competitive cycling categories. Stay tuned for more information on the Overland, Foundry Cycles, and the Frostbike show in the coming days here on Riding Gravel.com.

Foundry has released the geometry on this bike. Here’s the chart-

Comments: Clearly, this geometry points to hard core cyclo cross uses, and it would seem that no concessions to stability for fast gravel descending or riding on loose gravel were given when this design was pursued, since it aligns quite well with many cross bikes on the market. An”Italian” geometry influence, (lower bottom bracket, slacker angles), can lend more comfort and stability to gravel road riding, but it comes as no surprise that this bike leans heavily on traditional European style CX geometry. The Overland would then appear to this commentator’s eyes to be a pure-bred cyclo cross bike. That’s where this bike will shine best.

Note: The images and some specific information in this post were provide to RidingGravel.com by Foundry Cycles.