<Back to News Home

The new handlebar from Salsa Cycles- The Cowchipper

Salsa Cycles, long a supporter of gravel road and adventure riding, has introduced a new handle bar dubbed the Cowchipper. At first glance the name might suggest a cross between a Woodchipper Bar, Salsa’s off roading drop bar, and the very popular Cowbell Bar which has become a darling of the gravel road racing set. However; as you will see, the Cowchipper is much more closely related to the Cowbell than it is the Woodchipper Bar. Let’s take a quick look……. 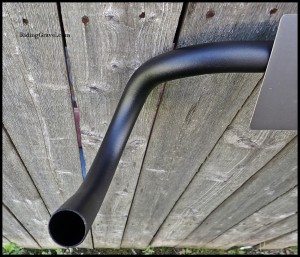 Flare & Sweep: The Cowchipper features a 24° flare to the drop section, which you can see here in the image to the right which is a view from the back of the bar. That’s twice as much flare as a Cowbell Bar, by the way. The swept extension is also not nearly as extreme as the Woodchipper’s is. Essentiall, this strikes a  good compromise between the the Woodchipper and Cowbell, which is a definite plus for the Cowchipper Bar.

Flare and sweep are important for those riders looking for a drop bar that has a useable drop section hand position in rough terrain. The flare helps to clear the wrists and forearm while the swept section helps with control and ergonomic comfort. In concert with the flare and sweep, the reach, or the forward extension from the cross bar of the Cowchipper, is only 79.2mm. This means that when you mount brake/shift lever controls, the hoods don’t end up so far away from the saddle of the bike that an abnormally short stem might be required.

Of course, these bars have a 31.8mm diameter stem clamping area and that center section is 120mm in width. Good for mounting accessories like Garmin mounts, lights, or traditional computers. Cowchipper bars are also available in several sizes: 38, 40, 42, 44, and 46cm widths and that is measured from the “lever position” center to center. So, that doesn’t include the width that the extensions gain by being swept. 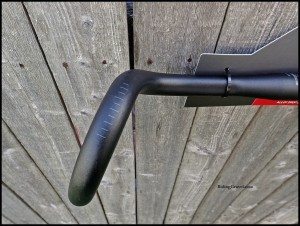 Gradations on the hook allow for easy lever positioning.

The hooks are also hash marked with white lines to allow you to position your levers at the same place side to side. Much easier than guessing or than doing measuring. This is something many handle bars should have, in my opinion. It’s a nice touch. Notice also that the drop from tops to extensions is shallow. That makes it easier to set up in a position where a rider can use both the drops and the hoods. By the way, the drop measures 129mm on the Cowchipper.

The bar I purchased to use in  this review is a 46cm one and it came in at a weight of 290gm. Retail price on the Cowchipper Bar is $74.99USD. Officially known as the “Cowchipper 2 Drop Bar” by Salsa, one would assume that another Cowchipper Bar is on the horizon. Using Salsa’s past numeration system for their models and by using the Cowbell as an example, I’m betting there will be a Cowchipper 3 Bar in 6000 series aluminum. This bar is AL-7050-T6 aluminum, by the way. That raises the possibility of a slightly less expensive alternative to this current bar.

The Cowchipper Bar is slotted into Salsa’s drop handle bars for rough terrain in between the Woodchipper and Cowbell bars. However; don’t think it is a “mix of both“, because it clearly is not anything like a Woodchipper Bar. In fact, you can think of the Cowchipper as a “more flared-more swept” Cowbell bar. The shape of the hooks and the reach and drop of this bar are similar to the Cowbell, and the radius of the drop is nothing at all like the Woodchipper, which is that bar’s main characteristic. 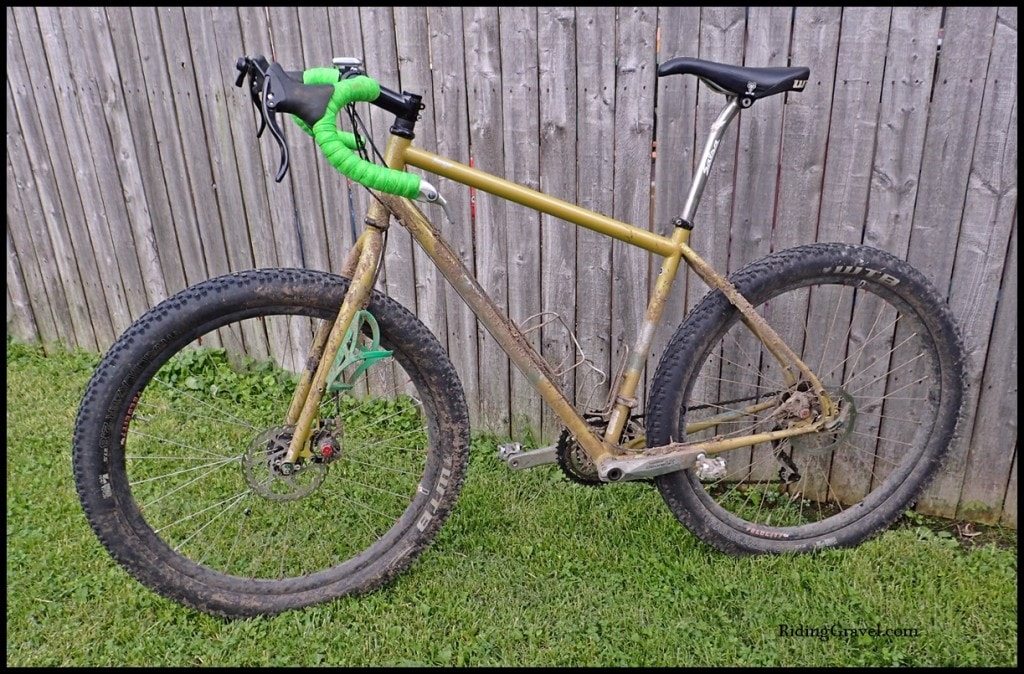 The Cowchipper has already been mounted and will be getting some miles thrown at it very soon. Well……perhaps I should refresh my Fargo a bit first after my Dirty Kanza 200 abuse of the poor machine! Stay tuned for a “Quick Review” coming soon.

NOTE: The Cowchipper Bar was purchased by Guitar Ted and is being reviewed here for your information and consideration. Salsa Cycles did not pay, nor bribe us for this review and we alwys strive to give our honest thoughts and opinions throughout.