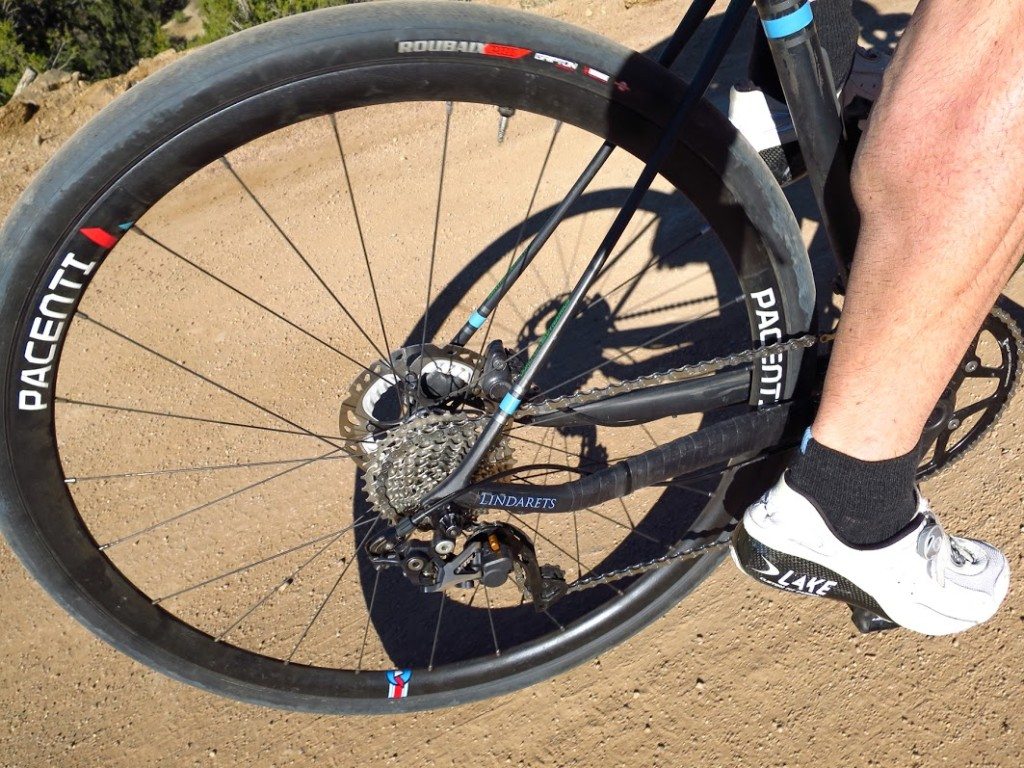 The Tanpan is a cable pull converter pulley that mounts on the derailleur. (Image courtesy of Wolf Tooth/Lindarets)

Since the changes Shimano made when they introduced 10 speed DynSys mountain bike components were made several years ago now, gravel/back road riders have had a difficult time matching up the wider range cassettes and ten or eleven speed rear derailleurs with Shimano’s brake/shift levers, commonly referred to as “brifters”. There are a few workarounds, but they either avoid using the “brifter” part, or are not very satisfactory in terms of shifting performance. 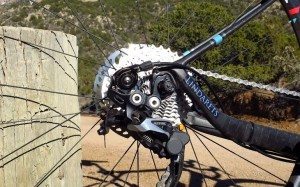 The Tanpan as mounted on a Shimano mtb rear derailleur

Wolf Tooth and Lindarets have teamed up to solve the problem with the new “Tanpan” cable pull converter which makes using a Shimano 10 speed or eleven speed shifter and a Shimano 10 speed or eleven speed rear mountain clutch style derailleur a snap. The Tanpan may look somewhat similar to the old “Travel Agent” brake cable converter, if you remember those, and it works in similar fashion by routing the rear derailleur cable around a primary pulley groove and then through a slot to a secondary groove which makes the “pull” of the shifter on the cable match what the rear derailleur needs to see.

Wolf Tooth recommends a “Goat Link” to help the rear derailleur follow bigger cogs like Wolf Tooth’s 42T and 46T cassette cogs. The system should bring wide range, mountain leveling gearing to anyone with a desire to use Shimano brake/shift levers in a ten or eleven speed set up.

NOTE: Information and images used in this post were provided by Lindarets and Wolf Tooth