Winter has been an odd one- again- here in the upper Mid-West. On again- off again, and at once frigid then warm-ish. During the breaks from sub-zero temperatures I was able to squeeze in enough rides on the Terreno Mix that I feel confident in giving my final verdict on this unusual sibling in the Terreno tire series. For my last update on this particular tire, please click this link and you can catch up on what has already been said. 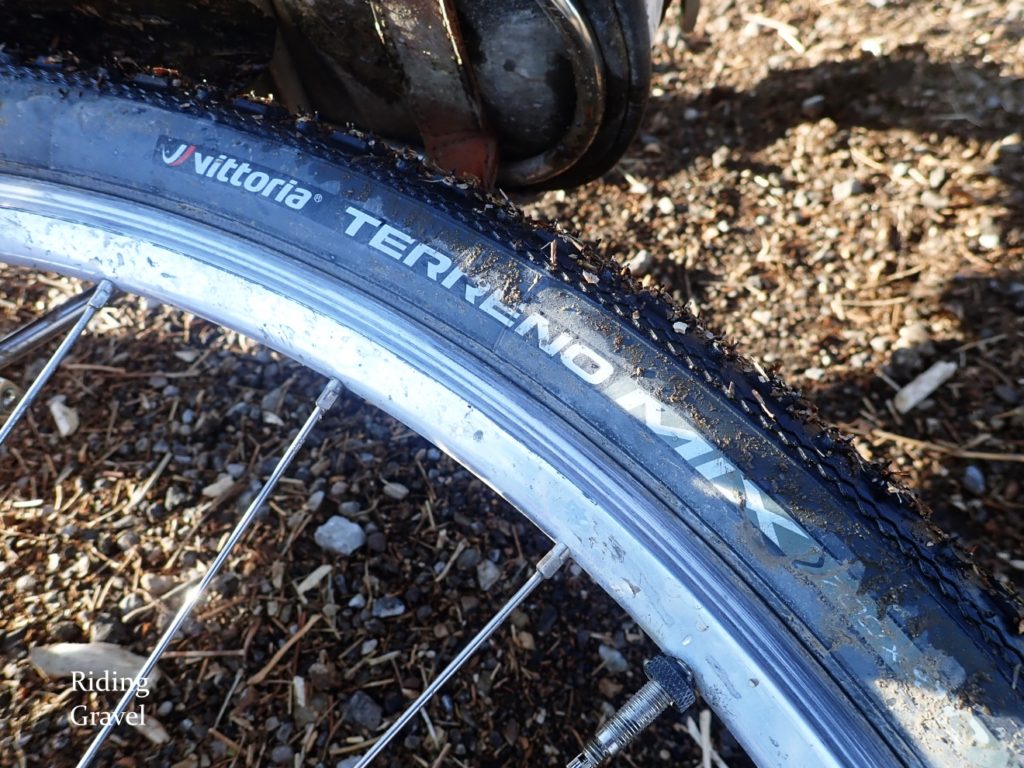 The Terreno Mix has a definite place in the spectrum of gravel tires.

The Terreno Mix doesn’t seem very good for dry, hard packed and paved surfaces, as I found out during my earlier testing, but what about when the roads get messy? How might this tire perform in slushy snow, or muddy areas? I was fortunate enough to get out and try this tire during a recent “January Thaw” here where the snow had softened up the ground enough to mimic those specific conditions. 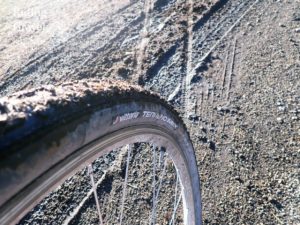 Mushy, wet, muddy roads provided the perfect platform to test out the Terreno Mix tires in.

The Terreno Mix has a very stable feel in muddy, softer grounds and roads. Sometimes tires will want to drift on top of the mush or mud, or they just don’t track well. Not the Terreno Mix. While there is no antidote for pushing through soft roads, the Terreno Mix will at least do this in a straight line with great forward bite coming from that unique, arrow shaped tread block design. I also noted that the tread didn’t pack up totally. There was always some tread block exposed to grip with. Now, I cannot say what would happen in the stickiest dirt and clay. Most likely it would ball up with mud, just like any other tire, but at least it shows a proclivity for shedding most mud that I have had the opportunity to run this tire through.

The last few rides have been back out on gravel roads and I have the same feelings about the Terreno Mix that I had early on in this test. The Mix isn’t the worst tire by a long shot in gravel, but it doesn’t track as well as its sibling, the Terreno Dry, does. Again, this is splitting hairs but it is noticeable. So, if you have rocky, loose gravel but you get off on dirt and maybe softer terrain or wetter terrain often, then the Mix is a great tire. However; if you have to ride several miles of pavement, or if you have to have a tire that does double duty as a gravel tire and a commuter tire, then this Mix version of the Terreno series tires should be avoided. 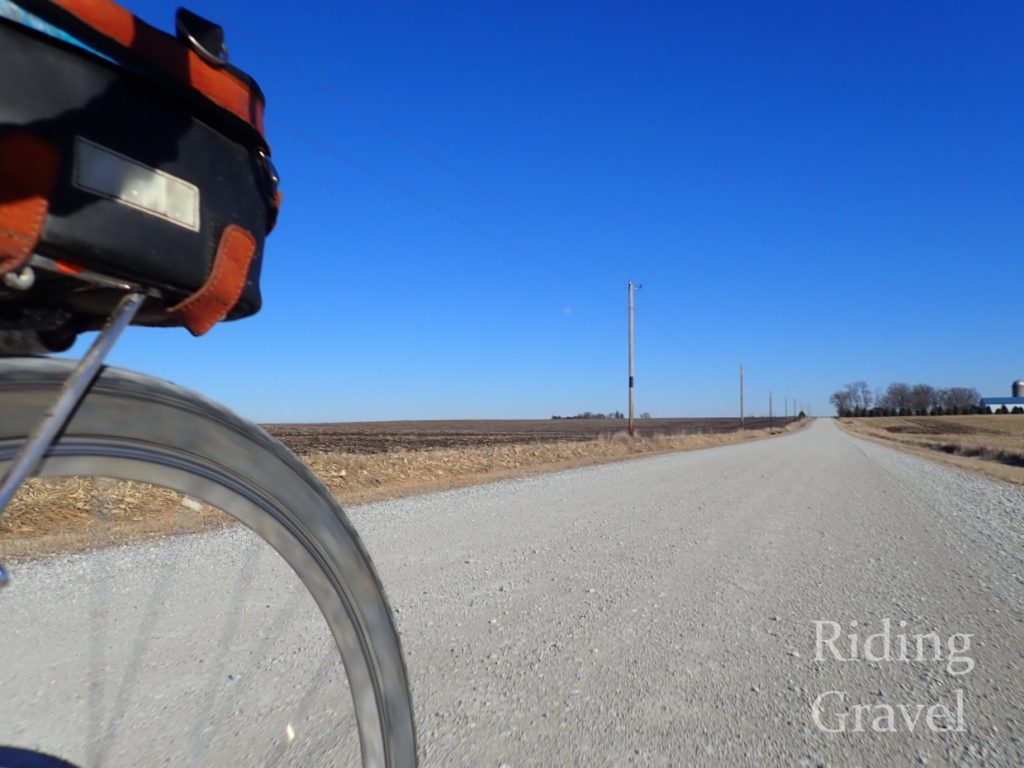 The Terreno Mix holds its own on the gravel, but if you have a lot of pavement rides on the menu, this tire isn’t the greatest.

In the last update I also mentioned that I had a concern about wear since the Terreno Mix has a lot of spaces between knobs where gravel and other road nasties can contact the rubber there which is a lot thinner than where the tread is. However; I haven’t noted any undue wear or issues in this area. Also, I have noted other anecdotal evidence provided by other users of the Terreno series tires which give high marks for wear characteristics. This bodes well for the Terreno Mix as those knobs are not ramped and wearing off the edges of them would undoubtedly degrade the traction performance in loose conditions. That’s something to keep an eye on yet though, so if anything is noted long term, I will update this review. For now, wear is good with no advanced signs of wear noted so far.

At The Finish- The Terreno Mix:  Wow! What an odd tire! That said, it does serve a purpose and as a specialist tire, it is very good. Just do not expect this version to do well on paved or hard packed surfaces that are like pavement. The draggy feel only comes up when you put down the power, especially on climbs, but this all goes away once you hit looser gravel and dirt. The familiar TNT bead design works well, but some rims may not agree with the tighter fit TNT beads typically have. True to measure, the 40mm tires are a bit heavier than many in this class.  The odd tread pattern does dig in on dirt, mud, and loose terrain to provide excellent traction.

Take a good look at this tire if you are in need of a specialist tire for specific conditions- mud, loose dirt, softer grounds, or all of the aforementioned in combination with loose gravel. I would not recommend this tire for the rider looking for a tire to double as a commuter tread, or for the rider who has plenty of pavement to get to the gravel. Looser, softer terrain performance is stable and the traction the Mix has is top notch. The Terreno Mix is definitely a very unique tire that will shine in the right conditions.

NOTE- As we get into Spring, look for the final say on the other tire we have on test in the Terreno series, the Terreno Dry.

Note: Vittoria sent over the Terreno Mix and Dry tires for test and review at no charge to Riding Gravel. We are not being paid nor bribed for this review and we will strive to give our honest thoughts and opinions throughout.

2 Responses to Vittoria Terreno Dry And Mix 40mm Tires: At The Finish Part 1