The Terrene Tires Honali model was sent to us earlier this year and we gave you some initial impressions on that tire already. Check into that HERE in case you missed that. Now that the tire has been thoroughly tested in gravel conditions in two states, we have the latest update for you to read. The Honali, as mentioned earlier in our previous posting, is not meant to be a lightweight, go fast racing tire. It promised to be a durable and trustworthy tire for long days in the saddle. That’s exactly what I had in mind to do with this new tire. 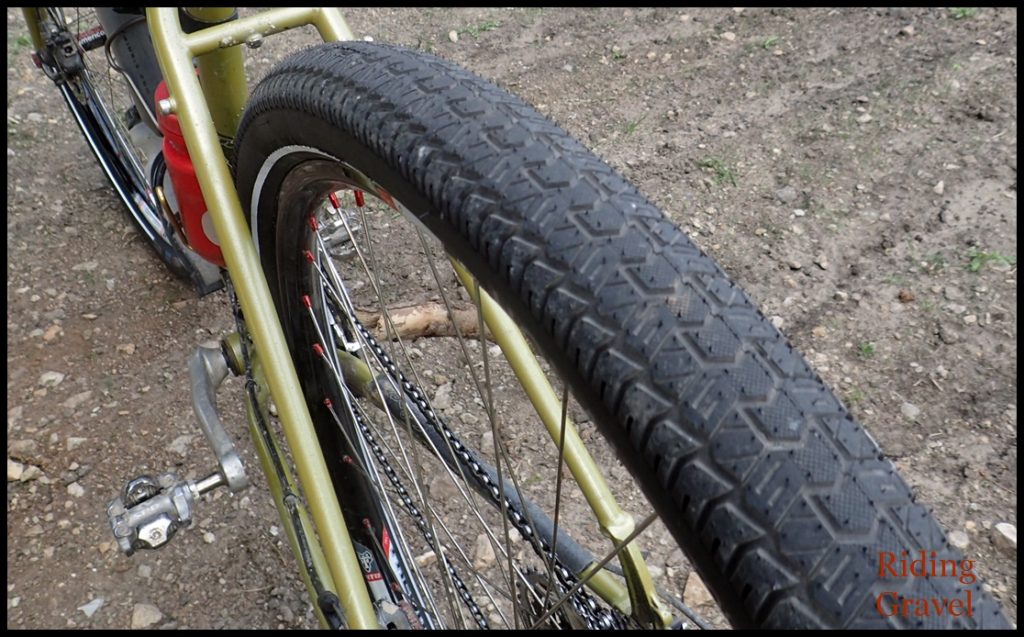 The tires were mounted tubeless to WTB i23 Frequency rims and have been very reliable set up this way. They hold air in about the same manner as your tubed tires do, so air pressure losses are normal over a period of time if you let the bike sit. In terms of tubeless performance, the Honali’s are excellent. 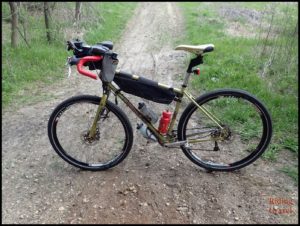 The Gen I Fargo with the Honali tires.

The previous post on this tire mentions that I was concerned about the ride characteristics of a tire with puncture protection. Generally speaking, puncture protection often times means a rough, wooden feel to the tires and in many cases, higher rolling resistance. Stiffer casings cannot conform to road irregularities in the same manner as a supple casing. This tends to build up rolling resistance, and again, it makes the tires ride with harshness. Does the Honali exhibit such characteristics? In my opinion, no- it does not have these negative traits. The Honali rolls fast on hard surfaces and pavement, and the ride quality is very good. I’ve ridden nicer feeling tires with puncture protection, but they were 40mm tires. Then only one or two tires that I can think of there actually would be better, in my opinion. The Honali feels much like the Elwood Tough 650B X 42 tires we tested. Pretty darn nice.

Out on the gravel here in Iowa the Terrene Honali does well. The casing isn’t super-supple, and that causes the tire to want to drift just a bit laterally in deep gravel, but the Honali doesn’t feel unstable at all. In more typical Iowa conditions, it actually rolls very nicely with a damped feel to the inputs gravel cause. Of course, I was taking corners gingerly. The Honali is a low tread design, and banking into loose gravel is not what it was designed to do. But I also wasn’t expecting to be able to to do that. I mean, just one look at the tire should impart that it isn’t a loose terrain cornering expert. 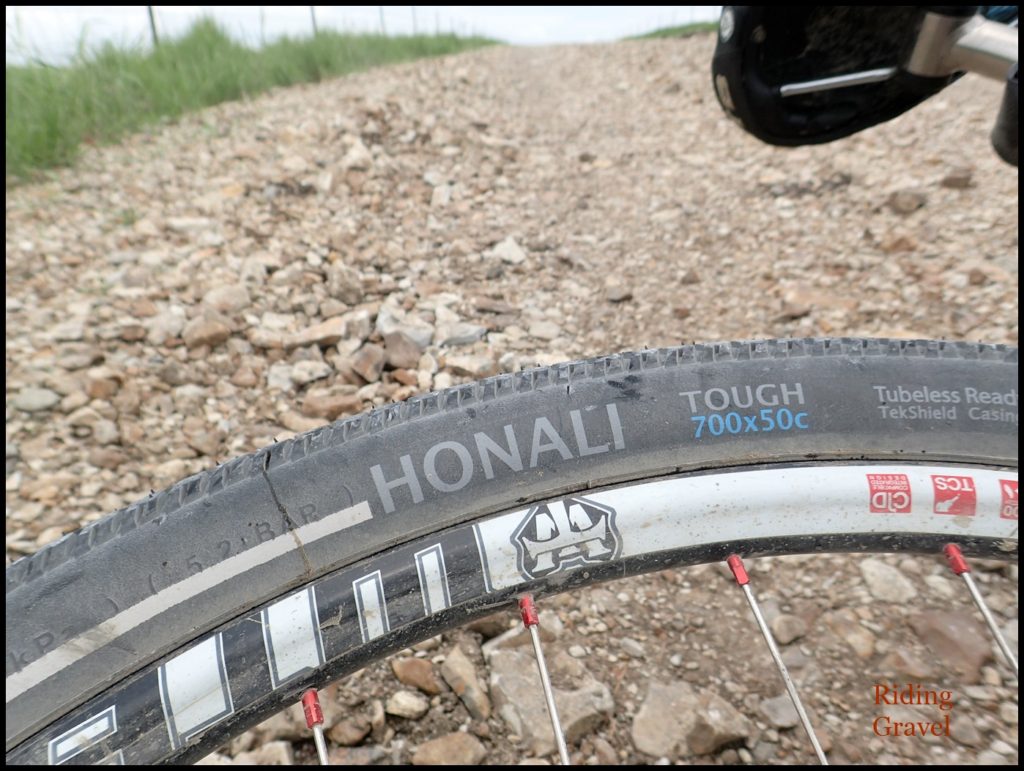 The Honali spent some quality time with me recently in the Flint Hills of Kansas.

Recently I was afforded the opportunity to ride again in the Flint Hills of Kansas. I took the Fargo mounted with the Terrene Honali tires as I wanted to do a tour in the area and get in a century ride.  These roads are some of the same ones used during different iterations of the classic gravel race, the Dirty Kanza 200. The roads are known for being harsh on tires and for causing lots of flat tires. What better place to test the Honali with the Terrene “Tough” casing?

After two days and over 125 miles of total riding with one ride being 103 miles in length, I can say with confidence that the Honali is indeed a tire worthy of going “off the grid” with. I experienced zero flats, no cuts or burps, and I had no concerns with these tires whatsoever. I traversed gravel ranging from finer, smooth gravel to the typical rougher shards of flint found there. I even got to try out the tire in Kansas’ famous sticky mud and found that the Terrene rubber compound doesn’t have any magical mud shedding qualities there. But then again, no tires do. They do clear off well once you get back on gravel proper though, and that was nice. 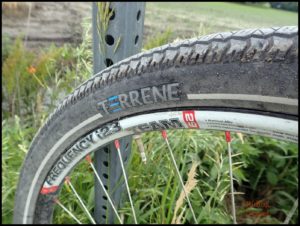 I reached speeds well in excess of 35 mph on both pavement and gravel. The Honali was confidence inspiring and held a line well. I smacked it unintentionally in a pot hole on pavement during one of those high speed descents with no damage to the Honali tires. I really cannot find a negative trait in terms of the tire’s design intentions. I was pretty loaded down with water on this ride, (six bottles) and I was toting a tool kit plus two top tube bags. Not a real bagged out set up, but it wasn’t light! I feel confident in saying that the Honali would do very well on a fully self supported, bagger tour on any road you could find. Just do not take the loose corners aggressively!

So Far……. The Honali has that same good feeling casing as the Elwoods did and it set up tubeless rather easily on our WTB rims. It is an honest 50+ millimeter tire with pretty good volume. That dual sport motorcycle inspired tread rolls fast on pavement. It also does well on smoother dirt, but it lacks the side bite for aggressive cornering, so look elsewhere for that. What the Honali does provide is a tire that is truly reliable in a wide variety of gravel, dirt, and paved road conditions. Stay tuned for our “At The Finish” where I will give a final verdict on this touring tire.