The concept of wider rims has been taking the mountain bike scene, and to a lesser extent, the road cycling scene, by storm. What once was considered “trail” width wheels are now being raced in Pro mountain bike cross country races. Road racers that once were using rims that had outer width dimensions in the 20mm range are now riding rims with 21mm or wider inner rim width dimensions. The basis for this is two-fold: Wider rims support tires better, thus allowing for lower air pressures while still maintaining control, which lends the rider more comfort, and in many cases, lower rolling resistance as well. Secondly, the wider rims tend to also “open up” the clincher tire casings, making the side walls work better, and which also gives tires more volume. This allows for the aforementioned benefits to work to the rider’s best advantage. 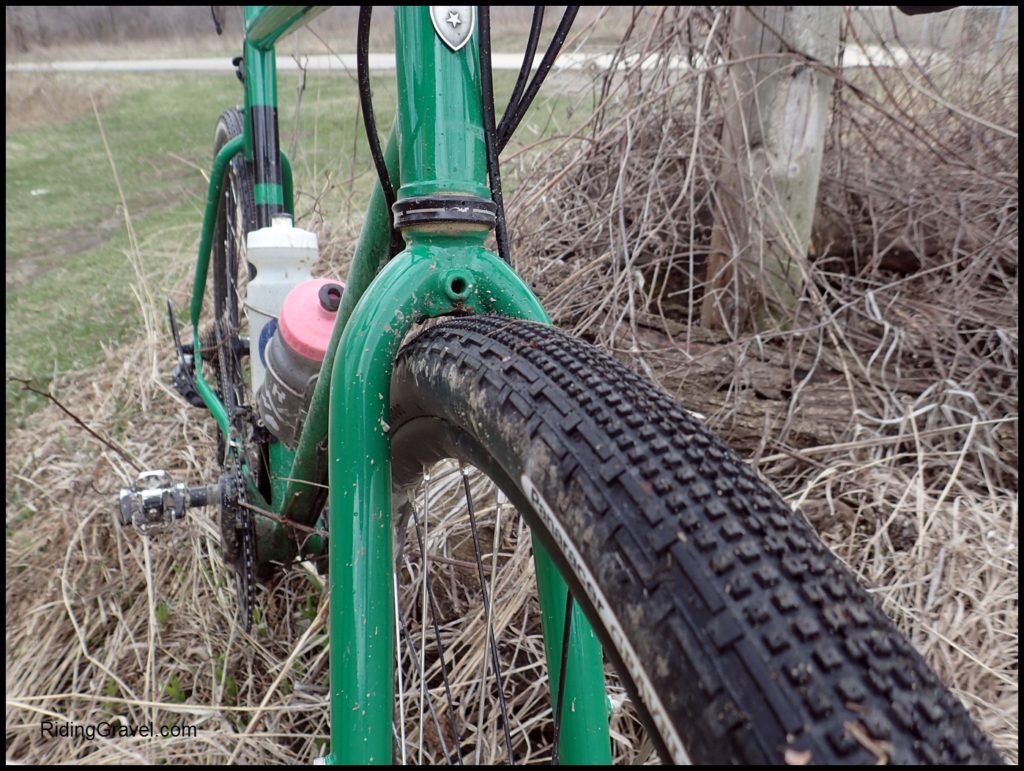 One of the down sides of big tires and wider rims? They may not fit your bike, or leave any room for mud. 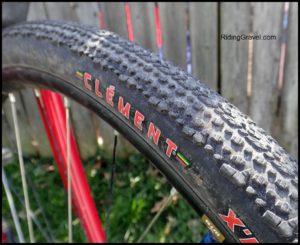 The first tires that were tried were the Panaracer Gravel King SK 40’s which were mounted tubeless and were spread out to render a width of 43.11mm. This makes the Gravel King on the wider rims a tough fit on a lot of bikes. The Twin Six Standard Rando was one bike I tried these wheels and tires on, and while they worked, it was not without issues. Things like no mud clearance, and almost no room for gravel bits to pass through under the mono-stay and fork crown made me realize the T-6 Standard Rando was a bad fit with these tires and wheels. I subsequently moved the combo to my Raleigh Tamland and that bike has plenty of clearance for this wheel and tire set up. See our last post HERE for more on the Nano 40’s I first tried on these rims.

This led to the conclusion that wider rims and the bigger gravel class tires are probably outside the realm of what is possible for the vast majority of bikes being used on gravel now. So, out with the Gravel Kings and in with a lighter, skinnier tire to see what the effects of the KOM i25 rims might be with tires that actually fit many bikes.

The tire I chose was the recently tested Clement MSO 36mm tire. These tires mounted on HED Ardennes+ rims at 40psi were 39mm wide. Swapped over to the KOM 125 rims, I got the same, 39mm width, but there was a difference in how the shape of the tire looked as compared to the shape of the Clement when it was on the HED rims. On the KOM i25’s, the MSO looked flatter, and the side walls came up from the rim to the tread area in a straighter angle than they did on the HED rims. This tells me that the KOM i25 rims are probably pushing the limits of fit for a tire the size of this Clement 36mm MSO.

Obviously, I did not gain any width, or there was very little difference, not enough to be relevant. What about how the tire rode? In that regard, yes- I think that there is a difference there. The MSO on the HED rims felt best at an air pressure of around 50psi, maybe a bit lower. However; on the KOM i25’s, I have never run over 40psi, and the tires don’t have the “drop”, or “sag” that they did at similar pressures when I had them mounted to the HED rims. 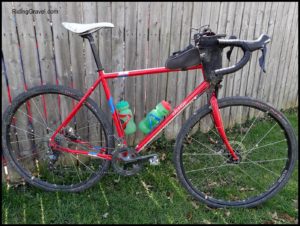 Project Wide Gravel Wheels on the Tamland with the Clement MSO 36mm tires.

Of course, in the end all that matters is how the bicycle rides and performs. In the case of the MSO on the KOM 125 rim, I have found that the tire’s basic characteristics remain intact, and perhaps those characteristics were slightly enhanced. The differences from when the MSO was mounted on the HED rim may be just nuances to some. So, what’s the big deal?

Well, as you recall, I stated that the tread area was flattened out a bit more. This has resulted in more tread hitting the ground than it had before, since just a little bit of sag drops the edges of the tread that much closer to the surface. On pavement I noted little change, but on gravel, the tire acted like the bigger Gravel King. On the HED rims, the MSO was a tad bit squirrely laterally. It demonstrated less of a tendency to move around on loose gravel when mounted to the wider rims. So, instead of running a bigger, heavier tire, (Gravel King), I could run the MSO 36mm and have similar stability with less weight. The lack of weight was noticeable, by the way, as the lighter MSO spun up with less effort. Also, it is worth noting that a 39mm tire will fit better on bikes where 43+mm tires may not, or would leave little clearances for mud and bits of gravel.

How wide is too wide for a rim in these instances? I think I have found the upper limit for a gravel road tire. In my estimation, for bikes running frames that afford clearances for really big gravel tires, like the Raleigh Tamland, the KOM i25 is a good choice if you will be running bigger tires anyway. However; most bikes probably would be just as well with a 21mm-23mm inner width dimension, which should work really well with tires from 35mm all the way up to 40mm tires if there is enough clearance for tires on the wider end of the scale.

So Far…… The PWGW set up is intriguing and seems to do to tires what we’ve seen done with mountain bike and road tires.  It seems that a 25mm inner width dimension is making bigger gravel class tires a no-go as far as fit is concerned. It is looking as though a 35-38mm width tire is optimal for this project, but perhaps a 23mm inner rim width is really the sweet spot for most gravel road type bicycles and tires. Stay tuned for our final verdict coming soon!

Note: RidingGravel.com received the WTB KOM i25 rims at no charge for this project. All other wheel components are being paid for out of pocket by Guitar Ted. We are not being paid, nor bribed for this review and we will strive to give our honest thoughts and opinions throughout.