You are here: Home > Maxxis Rambler 40mm Tires: At The Finish
By Guitar Ted on March 20, 2016 in Components, Gravel News, Reviews, Tires 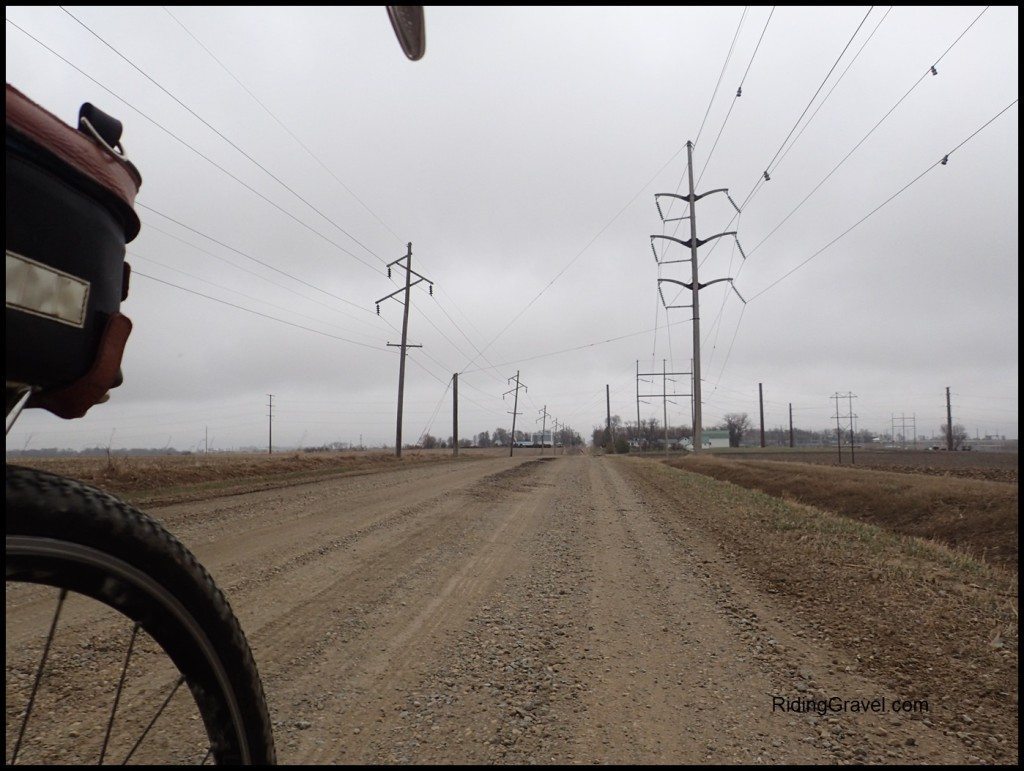 Rough, soft, torn up Spring roads are no match for the Rambler

As predicted, the Maxxis Rambler’s final verdict had to wait until March, (see the last post here), but after a few changes and more miles, the end of this review has been reached. What was found out? How does this new tubeless tire entry stack up against the others hitting the shelves of your local bike shop this Spring? Read on for my final opinion on the Rambler 40’s from Maxxis Tires. 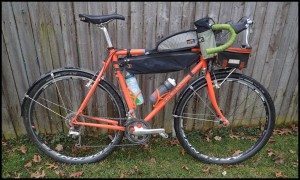 After a bit of learning and a switch in sealants, the Maxxis Ramblers were successfully mounted on my HED Ardennes + wheels.

Changes: With the difficulties in mounting the Ramblers well documented by us and by our readers, we were never really hopeful that they would be mounted to anything but the Velocity A-23’s for this test. However; after learning that the original sealant choice we made for these tires was possibly letting us down, and also after stumbling upon a different mounting technique, hope began to rise that a different wheel set might work. I was able to get them to mount and stay stable on the HED Ardennes+ test mule wheel set with little effort. Well, that is “little effort” if you know the trick. With that out of the way then…..

At The Finish: The Maxxis tires have the lightweight crown sewn up in the realm of big, gravel class tubeless tires. That is impressive enough, but the tires are also very fast and ride quite nicely. Maxxis didn’t skrimp on that casing size either, as it is a full 40mm wide on the “average width” Velocity A-23 rims and on the slightly wider HED Ardennes+, (same as Belgium +, for reference), they measured out slightly wider than 40mm with 40psi in them. If you use a quality sealant, they hold air very well and are easy to live with day to day tubeless.

Where I have to give a bad mark is when it comes to setting these tires up in the first place. While it is possible to accomplish the feat, it is not nearly as easily done as it is with anything else we’ve had come through here in this size range. Not even close. That’s an issue that has already frustrated some riders out there. In my experience, I found that by setting the valve at 6 o’clock, having the core removed, and then simultaneously hitting the valve with air from a compressed source, and bouncing the wheel downward, I could gain a momentary seal which would allow inflation. Most of the time, that worked after I figured it out. However; we’ve heard stories of mechanics with years of tubeless tire experience being stymied by the Ramblers when it comes to setting them up tubeless. So, take that cautionary mark into consideration with these tires. 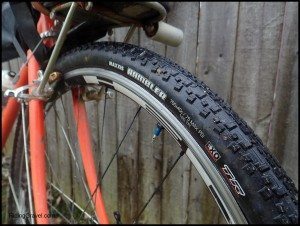 If it were not for the bad set up experiences I have had and others have reported, I would likely give the Rambler a very high recommendation. It does everything you would want, when it is set up, out on the gravel roads. However; I have to say that there are other tires without such set up issues that, while being a bit heavier, are every bit as good as this tire is in terms of ride feel and performance. If Maxxis can fix the fitment issues, they will have a top class gravel tire to offer riders.

Note: Maxxis sent over the Rambler 40mm tires to RidingGravel.com at no charge for test/review. We will always strive to give you our honest thoughts and opinions throughout.

16 Responses to Maxxis Rambler 40mm Tires: At The Finish