You are here: Home > Grava Bikes Revenuer: At The Finish
By Guitar Ted on December 2, 2015 in Components, Gravel Bikes, Gravel Riding, Reviews 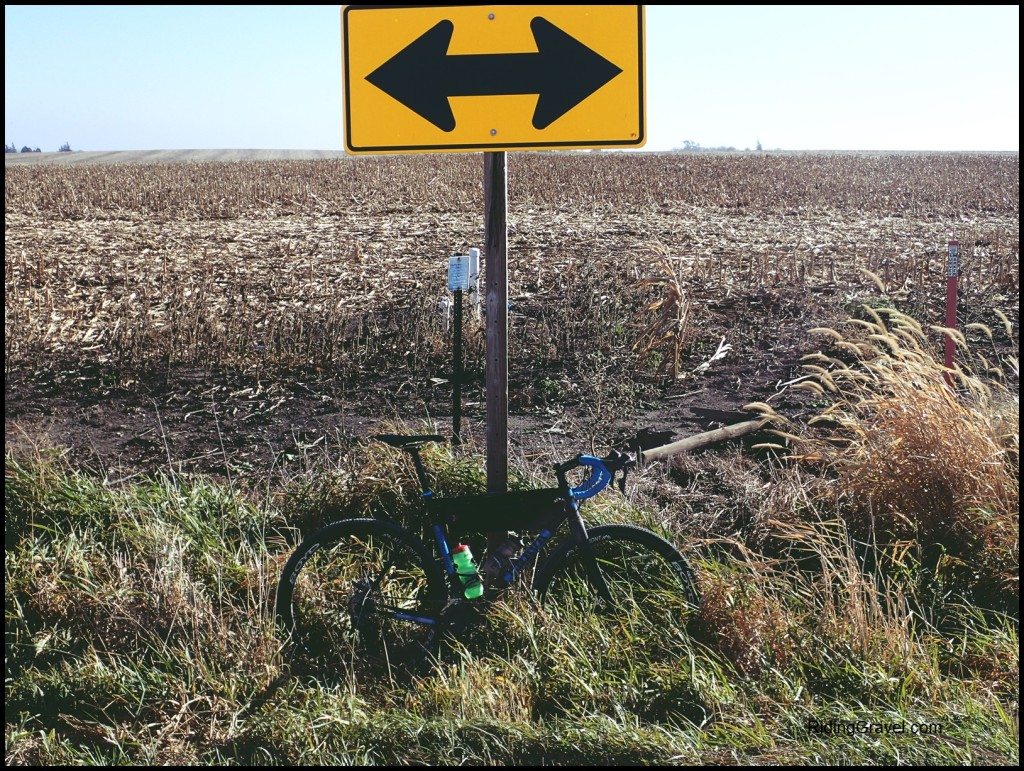 This bike can do gravel, cyclo cross, or commuting. You decide which way to go.

Grava Bikes Revenuer: At The Finish- The time for our long term review of the Grava Bikes Revenuer has come to a close. It has been ridden on commutes, pavement, dirt, and lots of gravel roads, so whatever charms it has have been ferreted out by this time. Please read my previous “Checkpoint” review on this bike HERE. Much of what I think about this bike is contained in that update and the Revenuer hasn’t really changed my mind in the past month. 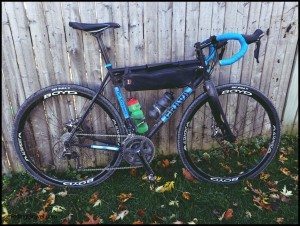 During my final miles with this bike, I spent a lot of time thinking about what this bike is like, in terms of a reference point for those considering it. The steel frame is smooth, but this geometry isn’t like a lot of steel frames out there. The bike isn’t decked out in a lot of attachment points, which is the theme of the day with many new “adventure road bikes” these days. It has decidedly up-to-date touches, like the through axles front and rear, the disc brake compatible carbon fork, and those disc brakes themselves.

With plenty of tire room for 40mm tires, there are a lot of things one could do with this rig, and in that, Grava Bikes is successful, in my opinion, with their intentions for this bike. They meant it to work across disciplines, and with its racy feel and in the way the bike fits you, that purpose seems to work here. So, back to what point of reference this bike dials up then. Well…….it is hard to pigeonhole, but if I had to point to a bike a lot of folks are familiar with, I would say it seems that the Revenuer is like a Surly Straggler on steroids and stripped down to its essentials. Yes….you could set this bike up as a single speed, so it has that base covered. The Revenuer has a low front end, steel feel, light weight, (for a steel frame), and fatter tires fit…… well, you get the picture. The only thing missing here is the plethora of mounting points to turn the Revenuer into whatever picture you want to paint. The Straggler does have that over this bike in spades, but the Revenuer is edgier, lighter, and it is modernized for better or worse, and in that the Revenuer cuts a different path than the Surly. Hey….it’s a point of reference to draw upon. That’s all. So, to sum up……..

At The Finish: The Revenuer is a race oriented, fast handling bike that challenges you to put the pedal to the metal. Yet it has good behavior out on the gravel roads. It isn’t going to be your “Swiss Army knife” in terms of being a chameleon capable of morphing from gravel rig, touring rig, commuter etc, but it does do the racy bit as well as you could want in a steel gravel bike. It could be your cyclo cross rig, and fast, spirited road group rides are definitely within this bicycle’s scope. US made steel frame, uniqueness, and comfortable, capable geometry make the Revenuer worth a hard look.

2 Responses to Grava Bikes Revenuer: At The Finish