NOTE: This is normally the news feed, but occasionally we will be posting editorial pieces.

– by Ben, creator of Riding Gravel

This website started last fall after some coercing from Andy at pedal of Littleton to get a gravel ride going in the fall after interest in the spring AntiEpic. It was a last minute decision to get the Pedal 50 and the Greenland Gravel Grinder going after another push be the guy behind Nord Bicycles contacted me about doing something. Those free rides, led to a website, which led to a forum, and then a new website, news, tshirts, and more. Great supporters (see the right sidebar) jumped in and Ridinggravel.com was off and running. It was a function of what others/you wanted. It has never been me pushing anything on anyone.

You may or may not have noticed that we’ve (by we I actually mean “I”) been compiling whatever gravel related news comes across my “desk” during the last couple weeks. I will continue to do so, but would like to add in some editorial pieces every once in a while. We (again….by “we” I mean “I”) welcome other guest editorials as well. You interested? Contact “us.”

As I eluded to, this website is a one-man show that would not continue to grow without the support of all of those who send info, spread great word of mouth, advertise (please check out the companies on the right sidebar – they are all an active and giving part of the industry), and participate in all of the things that Riding Gravel has going on. I really appreciate all of those who have helped in any way so far. I can’t thank you all enough. The word “community” is sometimes overused, but it also is a good way to describe any group of common interest – running community, cycling community, etc. It’s even more useful in describing the gravel community as it’s a common ground for a very large group of people. I’m proud and excited that you are all coming to the site.

I recently came across a post called “NAHBS: Niches Have all Been Sold” by the Bike Snob about how NAHBS has seemingly lost it’s way, with the niches that it previously filled being eaten up by the big guns. It’s now becoming a place where components makers are releasing new goods. It’s a good read, check it out.

The prototype Enve Mountain Fork and the new Challenge tires are two examples of components showing up. 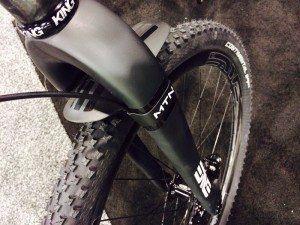 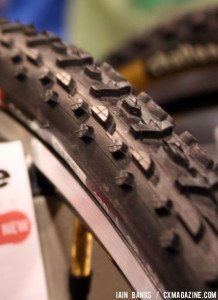 Photo by Iain Banks. (Click for more details from CXMagazine.com)

I think that there is one piece in the post that doesn’t really accurately portray the “new” “gravel” scene.

I mean, gravel bikes, for fuck’s sake! It’s a niche within a niche within a niche, yet there are 20 off-the-rack models you’ve got to wade through before you’d even think of ordering one from a builder–and if you do, by the time it’s finished half the shit on it is going to be obsolete. – Bike Snob NYC

A “niche within a niche within a niche” only glances over and trivializes what is really going on. You may be thinking….”yeah, but you run a f’ing site called Riding Gravel, it’s in your best interest to promote it.” Fair enough. I wouldn’t be doing this if there wasn’t interest in bikes, components, events, products, stories, pictures, and all the other stuff that goes along with the gravel niche and I didn’t eat and sleep bikes. I know that, in the above quote, Bike Snob is pointing out that the industry has piled in that area and crowded out the small guys. True, but I’m not on board with the niche within a niche within a niche line.

The thing is, while it’s funny and all that gravel bikes are laughed off by some as being pointless and just another attempt at people selling things they don’t need, it’s clearly not. There are too many comments on all avenues of social media to reference, bagging on those who use the term “gravel grinding” and are in the market for a new bike to #crushgravel. As is the case with a lot of things in life, it’s easy to be an arm chair quarterback. It’s easy to get on a forum and pick apart stats from a website until the conversation ends in pictures of obese women and foolish nonsense. A lot gets lost in the fast paced, off topic banter. It’s hard to actually be out doing it. 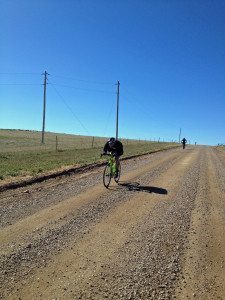 You can use any bike to ride and complete most of these gravel events. I don’t think anyone is going to argue that. Sure, there was one guy who rode the 2013 Pedal 50 and the Greenland Gravel Grinder on a dedicated road bike on 23’s. The courses are fairly smooth and he did have at lease a couple flats. But, he did it, and faster than a lot of others who were on “gravel bikes.” The truth is though, the guy probably could’ve finished on a bmx bike too. He could’ve finished on a full suspension mountain bike or a triple chain ring “recreation” bike (yes, someone rode a Cannondale Quick CX and it proved to be a very good and relatively inexpensive option by the way) and been fine.

But why? Is that bike that works ok, really going to be the tool for the job? You can use a regular head screwdriver to unscrew a phillips head screw, if it’s not secured too much and the space in the top fits. If you’re focus is to ride with a lot of your friends in a lot of these gravel events, why not have something that will maximize your pleasure and give you options to test out different variations that work for you? Why is that bad? Why is it bad that the “bike industry” make some money off filling those needs? Bike Snob makes money off of selling you entertaining writing, we sell some ads and tees, and others sell bikes and goods. You make money by the company you work for selling things too, don’t forget that. The fact is that thousands are riding in these races. The Almanzo series of rides is approaching 2,000 riders, the Barry-Roubaix was almost 2,200 riders last year, and there are several others that are filling up and seeing numbers in the hundreds. The Gravel Grinder News Calendar is well over 200 events. That’s 200 hundred, people, come on. It’s not a fad.

Gravel is not a fad

Numbers aren’t the main reason I say it’s not a fad. It’s not a fad because there is already a huge group of people out there doing it. Gravel grinding is only the far extreme of the whole group in between mountain biking and road cycling. It means that those going into a bike shop are no longer asked “road bike or mountain bike.” They are asked about the ride. Guitar Ted has definitely been a large part of the discussion on this for a long time. He has some great thoughts about the topic, but I especially like this post.

Yes, it would be a great gravel grinder, but it is more than that. It can be ridden anywhere save for “real” mountain bike trails and should be more stable, more comfortable, and more fun than a “real road bike”, which is designed to be raced. Last time I checked, most people buying bicycles at the shop where I work do not race. Nothing wrong with racing and those who do it, its just that you are in the minority of cyclists. So again, why should these folks even be on a bike designed with a limited use? It’s stupid, really. – Guitar Ted

For many post-Lance years, road bike has meant fast, stiff, light, expensive carbon bikes that will make people think that they are a racer. Thousands of cyclists have plunked down $3,000 (I’m being conservative here…), done some training rides, and hopped in with their club for a century, only to quickly realize that the fancy new fast bike beat the shit out of them. Then they read about the new “endurance” road bike modeled after the cobble classics in Bicycling Magazine. It tells them to keep it light, keep the edge off, and if you spend another $5,000, it’ll be the ride of your life. Damn. Who the fuck rides cobbles anyway? What that guy or woman needs is to spend less money on a more comfortable bike that maybe is a little heavier. It might be steel and have a little more relaxed geometry, be set up with a little wider tires, rack mounts, and NOT be most choices of a “recreation” grandma-style bikes.  You know the result? A happier rider who has some more money to travel and then come back to the shop to get some cool accessories.

To get to a happy place in the middle, sometimes we need to have some extremes first. Hell, 99% of you with gps units mounted on your bars, would be missing that quite a bit had satellites not been launched into freaking outer space. High powered zoom on phones for riding pics? Did you know that a long time ago the government was flying planes around with optics that filled up the entire plane to zoom in thousands of feet? Now they just use the internet, but that’s another discussion….

The popularity of gravel is that extreme. It brings a shift in thinking and a range in between to be addressed. It’s no longer about the lightest carbon this or that. It becomes more about the ride, the next adventure, the functionality of having one bike that can be used for commuting in the winter and then, with a few small changes, be used all summer as the primary racing bike or maybe that new bike made just for gravel. Touring cyclists, commuters, those who ride really shitty roads all winter, those who have been riding gravel for years, and everyone in between now has a growing, more united community with more options (from big and small guys) that cater to them and, for that, I would like to thank “gravel grinding” and all of those involved for believing that it’s not a fad.

– Ben (creator of RidingGravel.com). In case you don’t know, I also created Mountain Bike Radio. So, if you would like to disagree and argue, I’d like to have you on the air to discuss. I welcome everyone.

What is a gravel bike to you? Read what others think and add your thoughts on the Riding Gravel Forum.

I created Ridinggravel.com in the fall of 2013 and happily joined with Guitar Ted in late 2014 to form the current day (and much better thanks to Guitar Ted) Riding Gravel. Originally from Wisconsin, my wife, 2 kids, and I recently lived near Denver, Colorado, before moving to North Dakota. Currently my home trail is the Maah Daah Hey Trail near Watford City, North Dakota. I started mountain biking in 2006 after 5 years of running various distances and racing triathlons of various distances and turned to racing as soon as I started mountain biking. Since then, I have a lot of experience racing all distances, including 24 hour solos, 12 hour solos, 100 miles, 50 milers, XC distance, fatbikes, gravel, and everything in between.
View all posts by RGBen →

2 Responses to [Editorial] Gravel is not a Fad